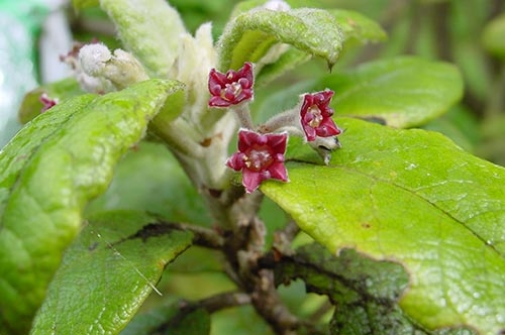 A New study from the Royal Botanic Gardens, Kew and Stockholm University which has looked at the plants that have been wiped from the planet in the last 250 years has found that 571 plants have completely disappeared from the wild.

That’s more than twice the number of birds, mammals and amphibians combined and the research  found that plant extinction is occurring much faster (up to 500 times) than ‘natural’ rates of extinction.

Scientists argue that understanding plant extinction is crucial, all life on earth depends on plants, so effective conservation measures must be put in place to avoid destroying other organisms and ecosystems on which we humans rely.

The figure was calculated after one of the authors of the study, Kew scientist Rafaël Govaerts, reviewed all publications on plant extinctions over more than three decades and found the number to be four times more than the current listing of extinct plants. This new number is also more than twice the number of birds, mammals and amphibians recorded as extinct (a combined total of 217 species).

One of the plants that have vanished is the Chile sandalwood, Santalum fernandezianum, a tree that grew on the Juan Fernández Islands which lie between Chile and Easter island. From around 1624, the tree began to be heavily exploited for the aromatic sandalwood, and by the end of the 19th century most of the trees had been cut down.

The last tree was photographed on August 28, 1908 on Robinson Crusoe island by Carl Skottsberg. The tree has not been seen since on that island. Over the years there have been reports that the species was also to be found on Alejandro Selkirk island, though this has never been confirmed, and repeated searches have not found the species on that island either.

Dr Aelys M Humphreys, Author and Assistant Professor at the Department of Ecology, Environment and Plant Sciences at Stockholm University says: “Most people can name a mammal or bird that has become extinct in recent centuries, but few can name an extinct plant. This study is the first time we have an overview of what plants have already become extinct, where they have disappeared from and how quickly this is happening. We hear a lot about the number of species facing extinction, but these figures are for plants that we’ve already lost, so provide an unprecedented window into plant extinction in modern times.”

Researchers at Kew and Stockholm University hope these data will be used to focus conservation efforts on islands and in the tropics, where plant loss is common, and in areas where less is known about plant extinction such as Africa and South America.

Dr Maria S Vorontsova, Co-author and Plant Taxonomist at Royal Botanic Gardens, Kew says: “To stop plant extinction, we need to record all the plants across the world – the naming of new species is a critical piece of the puzzle in the wider push to prioritise conservation of our precious natural world for generations to come. To do this we need to support herbaria and the production of plant identification guides, we need to teach our children to see and recognise their local plants and most importantly we need botanists for years to come.”

Green steel for the North could create 12,000 jobs