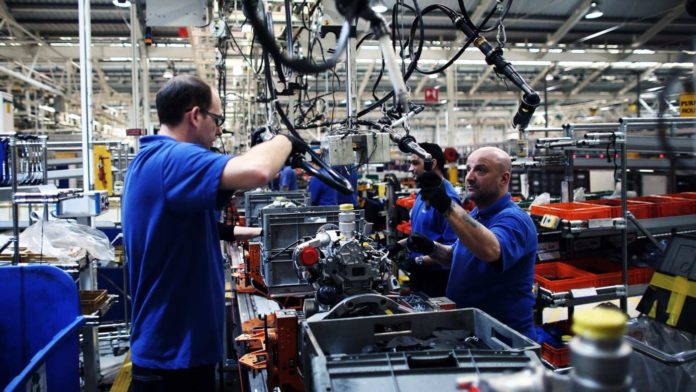 The UK manufacturing downturn continued in November,as businesses responded to the delay to Brexit and a fresh injection of uncertainty from the forthcoming general election with job losses at their fastest rate for seven years.

Output, new orders and employment all fell, while destocking activity resumed as firms depleted buffers built-up in advance of the postponed exit date.

The headline seasonally adjusted IHS Markit/CIPS Purchasing Managers’ Index® (PMI®) slipped to 48.9 in November, down 49.6 in October but above the earlier flash estimate of 48.3.

The PMI has remained below the neutral mark of 50.0 for seven successive months.

November saw a reduction in manufacturing output, with the rate of decline accelerating slightly over the month.Companies reported scaling back production in response to lower new order intakes. Efforts to reverse high stock holdings also contributed to the contraction, as did settling backlogs of work directly from inventories (further reducing
the need to maintain production volumes).

New orders fell for the seventh month in a row during November, reflecting tougher conditions in both domestic and overseas markets.

Companies attributed this to destocking at clients following the delay to Brexit and the
ongoing uncertainty surrounding the political, economic and global trade situations. The decline in new export orders was among the steepest registered over the past seven years.

Rob Dobson, Director at IHS Markit, which compiles the survey:

“November saw UK manufacturers squeezed between a rock and hard place, as the uncertainty created by a further delay to Brexit was accompanied by growing
paralysis ahead of the forthcoming general election.Downturns in output and new orders continued amid a renewed contraction in exports. The pace of job losses also hit a seven-year high as firms sought to reduce overheads in the face of falling sales. Destocking at
manufacturers and their clients following the latest Brexit delay was a major contributor to the weakness experienced by the sector. Inflationary pressures meanwhile showed signs of moderating further, with input costs falling slightly for the first time since March 2016.

“Signs of a two-speed economy persisted, with intensifying business uncertainty leading to a further steep drop in demand for machinery and equipment as firms cut back on investment, but rising demand for consumer goods suggests that households continue to
provide some support to the economy.Manufacturers across all sectors will be hoping that
the New Year brings clarity on the political, trade and economic fronts, providing a more certain foundation to plan and rebuild as the next decade begins.”