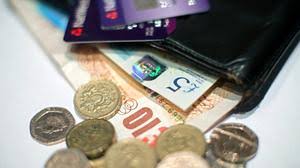 The covid-induced crisis has caused typical working-age household incomes to fall 4.5 per cent between the pre-crisis period and May this year, despite the critical policy support that has cushioned the shock for millions of households, according to the Resolution Foundation’s Living Standards Audit published today (Tuesday).

The Living Standards Audit 2020 considers the position of households on the eve of the crisis, how the initial lockdown phase has affected household incomes, and the prospects for a living standards recovery as the economy reopens but policy support is withdrawn.

The backdrop to the crisis was stagnant, and in some cases falling, living standards. Typical households experienced no income growth between 2016-17 and 2018-19. Real incomes for the poorest tenth of households fell over the same period and, on the eve of the latest crisis, were no higher than in the early 2000s.

This overall stagnation has been followed by a covid-induced economic crisis. Between March and May, the number of employees fell by 574,000 and two in five self-employed workers lost over a quarter of their income. In the year to May, total hours worked fell by 17 per cent.

The Foundation’s analysis shows that this shock has caused typical working-age incomes to fall by 4.5 per cent between 2019-20 and May – the biggest short-term income drop since the oil-crisis induced inflation spikes of the mid-1970s. In contrast, the biggest annual income fall during the financial crisis was -2.7 per cent.

The Audit shows that the nature of the shock – which has centred on the jobs market – coupled with the Government’s policy response – which has focused on protecting employment and strengthening the social security safety net – has meant that the scale of the shock has been felt very differently across households.

The temporary £9 billion social security boost meant that the incomes of the poorest fifth of households didn’t fall during the initial phase of the crisis. Without this policy action, these households would have faced an income shock of at least eight per cent.

But low-income couples without children, who are less likely to receive Universal Credit (UC) and derive a higher proportion of their overall income from employment, have experienced a far greater income shock than average, of over eight per cent.

The Foundation warns that while the initial phase of the covid-crisis is over as lockdown conditions begin to ease, the threat of a further living standards squeeze is far from over.

It notes that business surveys suggest around one in seven, or over one million, furloughed workers are at risk of losing their jobs completely once the Job Retention Scheme (JRS) ends this October.

Moving from the JRS, where a worker on £20,000 can currently expect to receive 83 per cent of their take-home income, to UC, where they would receive just 29 per cent, will cause a huge income shock for any household affected.

Finally, the Foundation warns that a further income shock could be due next year if the Government proceeds with its plan to withdraw the recent increase in the generosity of Universal Credit.

Allowing it to expire next April as currently planned would mean an income cut of over £1,000 for over six million households, and an income fall of four per cent for the bottom half of the working age population. This would delay any hope of a post-covid living standards recovery for millions low-to-middle income households.

“Living standards across Britain stagnated in the years running up to the crisis, and fell for the poorest families. That stagnation has now given way to the biggest immediate income shock since the mid-1970s, as Britain’s economy – and much of its workforce – went into lockdown.

“The Government’s unprecedented policy response has played a critical role so far in protecting millions of households, and particularly the poorest, from the worst of the crisis. But for many the threat of further income falls looms large.

“The phasing out of the Job Retention Scheme means much larger rises in unemployment are ahead of us, and these are likely to be concentrated among lower-income households. And withdrawing increases in Universal Credit next April, when this crisis will be far from over, will leave over six million households facing a further income loss of over £1,000.

“This initial phase of the crisis has shown us the importance of bold job support and a stronger social security safety net. The Government should keep both those lessons front of mind as it navigates the next phase of the crisis.”

16 year old arrested on suspicion of murder over Sale stabbing