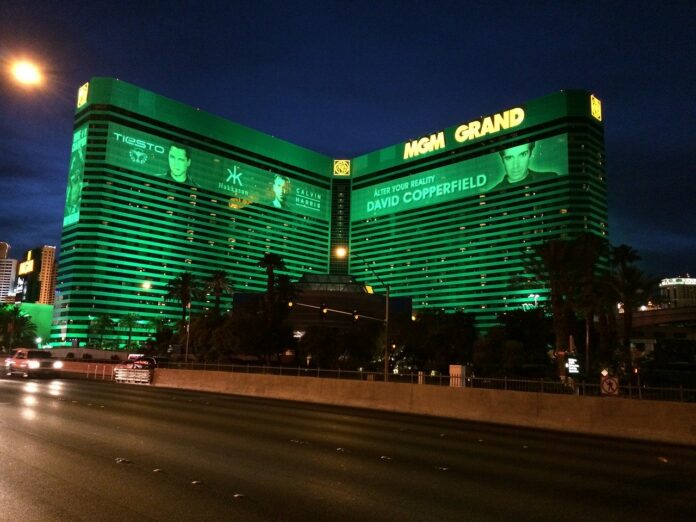 Manchester-born world heavyweight boxing champion Tyson Fury appears to have ruled out the prospect of staging his third bout with Deontay Wilder in his home city later this year. When asked about the potential location of his third and final duel with Wilder, Fury reiterated that he saw no reason not to host it in the city that has helped his boxing career scale new heights.

In a live interview with ESPN’s Joe Tessitore, Fury said that he would “prefer [the next fight] to be in the home of the ‘Gypsy King’ – Las Vegas, Nevada”. The last three fights of Fury’s boxing career have been hosted in “Sin City”, including the second episode of his clash with Wilder, a points decision victory over Otto Wallin and a straightforward two-round stoppage of German contender Tom Schwarz. His charisma and style are supremely well-received in Vegas, a city that celebrates the bold and brash.

Experiencing a fight night in Las Vegas is one of those ‘bucket list’ moments in life. The razzamatazz and the glamour of a live sporting event on the Vegas Strip is hard to beat and Fury certainly seems to thrive on the atmosphere. The biggest cost for a trip to Vegas as a boxing fan is undoubtedly the flight. The price of flights to Vegas go through the roof when there is a big sporting event, but there are plenty of ways you can curb your costs in Sin City once you are there, including the infamous $20 hotel room trick, and timing your trips to the buffet.

Despite the understandable excitement of boxing in Vegas, it’s still a kick in the teeth to Manchester and the whole of the North West that Fury is unwilling to showcase his talents to a home crowd; a genuine “local boy done good” storyline. On the flip side, who could blame Fury for taking the millions of dollars on offer to box in Vegas? Fury appears intent on trying to sell out the Strip’s new Allegiant Stadium, which is the home of the new NFL franchise, the Las Vegas Raiders.

Looking beyond Fury’s third bout with Wilder, there appear to be some roadblocks in the way of Fury and Anthony Joshua locking horns for a fight to determine the undisputed world heavyweight champion – an event that would go down as one of the biggest in British sporting history. Although Fury and Joshua are reported to have agreed the finances surrounding a two-fight deal in 2021, the WBC has since ordered Fury to take on the mandatory challenger of fellow Brit Dillian Whyte before facing AJ.

Dillian Whyte sought legal advice regarding his treatment as mandatory WBC challenger. The WBC’s president Mauricio Sulaiman now insists that the mandatory challenger for Fury after his bout with Wilder is Whyte, who Sulaiman labelled the “interim champion”.

Iconic boxing promoter Bob Arum has reacted negatively to this news, insisting that Whyte should accept a fight with Oleksandr Usyk while Fury and Joshua lock horns. Arum said that, despite Sulaiman’s comments, the “mandatory situations are being worked out by all the organizations”. Arum believes Whyte should focus on defeating Usyk, with the winner of that fight given the first shot at the winner of Fury and Joshua’s two-fight deal.

Fury’s personality makes him a hugely marketable boxer. That’s also shown by the recent news that Fury will be included as an unlockable, playable character in EA Sports’ UFC 4 video game. Although Fury has never once appeared in the mixed martial arts (MMA) scene, UFC president Dana White appears to be happy to have him involved at least on the fringes of the franchise, with Fury intimating last year that he was considering an appearance in the Octagon. In the last UFC 3 video game, former boxing icon Mike Tyson was also a playable character, so it’s certainly a believable rumour.