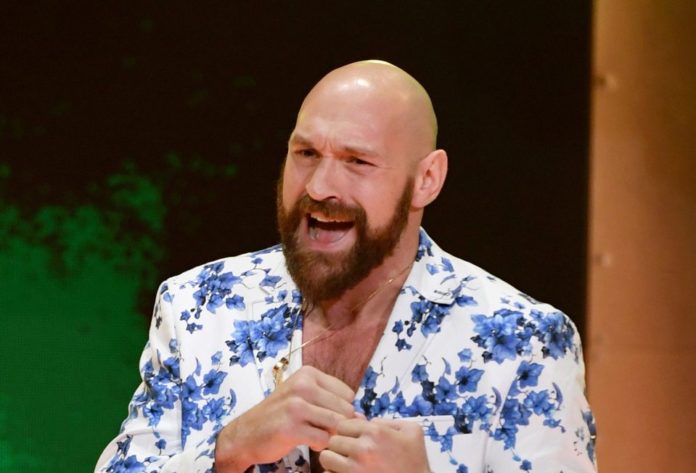 Fury opens up about a possible “psychosis” diagnosis by his psychologist. At one point he believed he was “being tortured by demons” and he reveals how he has been refused entry to restaurants because of his traveller community background.

In an interview with BBC Radio 5 Live’s Nihal Arthanayake, Tyson Fury discussed his Behind The Mask autobiography and opened up about his past mental health diagnosis.

Speaking about his mental health crisis, Tyson Fury discussed the extent of his troubles and admits to a possible psychosis diagnosis by his psychiatrist.

Quoting his psychiatrist, he said, “Maybe you had something to do with psychosis.”

He goes on to say, “Maybe I had a bout of that (psychosis). At one point I believed I was being tortured by demons. When you’re really mentally unwell, you do see and hear things.”

Revealing the importance of his religious beliefs, Tyson went on to quote his psychiatrist again, detailing that she had said, “without faith, he would have killed himself.”

Tyson also opened up about some of the abuse and mistreatment he has faced as a member of the traveller community.

He said, “I used to get called disgusting names. I was bullied quite a bit as a kid until I got big and started fighting back.”

Fury went on to explain how travellers are one of the few communities that it seems “acceptable” to be racist towards.

He said, “I have been refused entry to pubs and restaurants because I’m a traveller.”

After Nihal asked about the evening of Halloween in 2017, an important moment detailed in his book, Tyson revealed details of a night that changed his life.

Tyson explained how he had gone to the pub dressed in a skin-tight skeleton costume at the height of his drinking and mental health issues.

After praying for an extended period of time, he knew he had to change his life.

He said, “I was crying. When I arose, I was bouncing with excitement. I had faith that everything was going to be alright.”