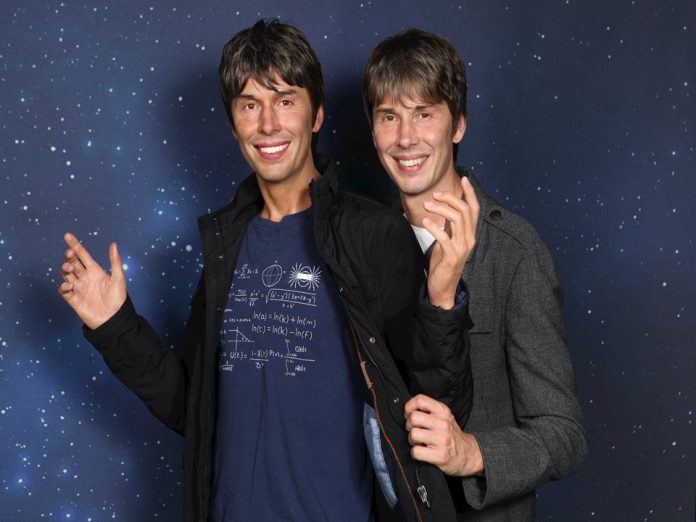 Chadderton and the University of Manchester’s Brian Cox is having two vesrions of himslef unvelied today.

The interactive hologram, the first of its kind in the UK of the Oldham-born physicist and TV presenter is designed to educate visitors on the secrets of the solar system, along with his very own wax figure.

The genius OBE, FRS Professor of particle physics, won’t just be available for taking selfies, but he will also be doing what he does best – teaching us physics.

Madame Tussauds Blackpool is welcoming a brand new interactive experience, in which Brian Cox will educate them on the wonders of the universe. From orbiting planets and moons, black holes to multiverses – the secrets of our solar system will be revealed right in front of their eyes.

Perfect for school trips or a family day out, guests will receive a truly out of this world, immersive lesson, from the one of the UK’s leading Professors of particle physics and notable faces within this field.

Professor Cox’s wax figure appears with his signature bright, animated smile, standing relaxed with an open hand gesture as if addressing his audience.

After co-authoring over 950 scientific publications and a string of best-selling books, including Human Universe and Universal, A Guide to the Cosmos, Professor Cox was thrust into the limelight making physics accessible to the masses. Professor Brian Cox quickly became the country’s most loved scientist for his good looks and presenting a string of well-known and widely popular programmes for the BBC, such as the Wonders of… series.

General Manager, Matthew Titherington, said: “The one-of-a-kind 3D hologram of Professor Cox, as well as the specially designed solar system exhibit, is something totally unique to the attraction – a UK first – which will hopefully both excite and educate guests in equal measure.”

“We can’t wait to see our visitors reaction at Brian’s arrival to the attraction, as he’s such a much-loved public figure, with both young and older generations alike.”