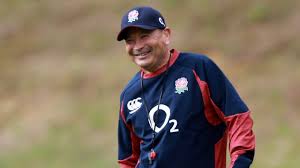 Owen Farrell will captain England in his second Rugby World Cup, the squad includes forwards Tom Curry and Mark Wilson from the Sharks.

The 2019 edition of the tournament will be the third for Dan Cole, Courtney Lawes and Ben Youngs. Cole and Youngs are the most capped in the squad (86).

After an impressive first season in the Premiership, having converted to the XVs game from sevens, Ruaridh McConnochie is the only uncapped player named.

“Today is another step in the progress towards the Rugby World Cup. We have taken the decision to go early because of what we learned from previous campaigns. We want the squad to know early and now we can get on and be the best prepared England side there has ever been, ready to win the World Cup.”

On the players not selected Jones added: “A lot of good players have missed out, we feel for them, I feel for them personally. But as we know the World Cup is an incredible tournament where opportunities can present themselves and all those players who have missed out have been told they have to be ready.”

England have three matches against Wales (17 August), Ireland (24 August) and Italy (6 September) before the tournament starts. Jones said of their importance: “Every game is an opportunity to improve our game fitness, our team cohesion, and our tactical adaptability. Each game for us will have a specific purpose.”

To mark the squad announcement, a special video has been released to celebrate the players’ journey from community club and junior school rugby to their selection in England’s Rugby World Cup squad.

“The base of our game has always been the grassroots clubs,” said Jones. “Your first club and your first coach is such an important experience for you. It dictates how you approach the game and the spirit and the values you play with.”

He added: “To all the people that have helped the players get here, we have the greatest amount of thanks for all of you.”

Charnley leaves Sharks and heads back to Rugby League