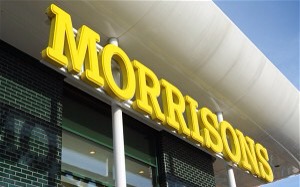 Three of the eleven stores that supermarket chain Morrisons are closing this year will be in Greater Manchester.

Stores in Ordsall and Little Hulton, both within Salford will be joined by a third store in Tydsley in Wigan.

The supermarket which also announced last week that it was selling all one hundred and forty of its convenience stores, will put around nine hundred jobs at risk but has not outlined a timeline for when the shops will shut.

The move comes after the group announced a halving of its pre tax profits under sustained competition from the new trends in discount and daily shopping.

It’s chief executive, David Potts, said the closures were a great regret but they was no way that the stores could be made viable.