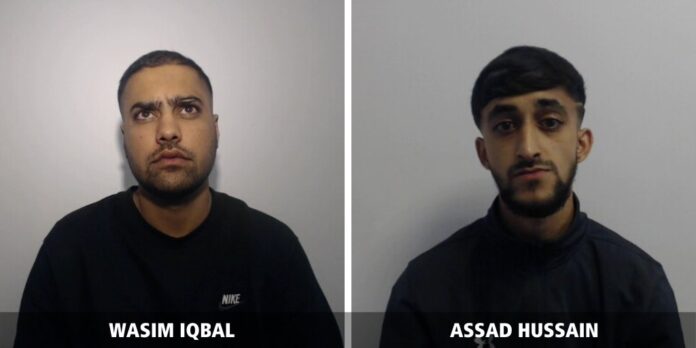 Two men have been jailed for 12 years for causing death by dangerous driving after Bolton’s ex-mayoress was killed in a collision in 2020.

Assad Hussain, 23 of Maplewood Gardens, Bolton and Wasim Iqbal,also 23 of Chorley New Road, Bolton, appeared at Minshall Street Crown Court this morning ( after pleading guilty to causing death by dangerous driving, following an incident in Bolton in November 2020, which caused the death of 57-year-old Gay Wharton.

The court heard that around 12pm on Friday 13 November, Hussain and Iqbal were seen on CCTV driving at high speeds along Chorley New Road, Bolton, in seperate vehicles, appearing to be racing each other whilst Gay started to cross using a pedestrian crossing, after the traffic lights had turned red and traffic had stopped.

Iqbal proceeded to stop at the traffic lights. However, Hussain can be seen on CCTV overtaking stationary vehicles and driving through the red light before hitting Gay.

Both Hussain and Iqbal then drove away from the scene, leaving passing members of the public to try to help Gay, who tragically died at the scene from multiple injuries.

Hussain attempted to evade police for four days before handing himself into a local police station, where he was arrested.

Iqbal was also arrested on suspicion of perverting the course of justice after officers were unable to locate his mobile phone, or clothes worn on the day of the incident.

Hussain was subsequently sentenced to seven years and four months in prison after pleading guilty to causing death by dangerous driving,

Iqbal was also sentenced to four years and eight months in prison after pleading guilty to causing death by dangerous driving and driving with no insurance.

Police Sergeant Andrew Page, of GMP’s Serious Collision Investigation Unit, said: “This was an extremely tragic incident which could have been avoided if it wasn’t for the defendants’ blatant disregard for the safety of other road users and pedestrians.

“Their behaviour was reckless and dangerous and led to Gay very sadly losing her life. They showed no remorse in the immediate aftermath of the collision and both fled the scene.

“Our thoughts are with Gay’s loved ones today.”

Arrest made after flats evacuated and unknown substance found in Collyhurst