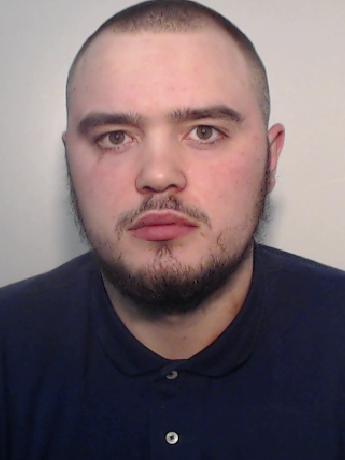 Two men have been jailed and banned from the city centre after being caught with thousands of pounds worth of Spice.

Connor Hegarty,21 of Old Mill Street in Ancoats and Dale Nish 31, of no fixed address, were sentenced to a total of seven and a half years at Manchester Crown Court yesterday.

Hegarty previously pleaded guilty to possession with intent to supply Spice on two separate occasions around the Piccadilly area and the supply of class A drugs in Miles Platting.

Nish pleaded guilty to possession with intent to supply Spice on two separate occasions in Manchester City Centre and possession of criminal property, cash, on two occasions, linked to the Spice dealing.

As part of their sentencing, the duo were also handed four-year Criminal Behaviour Orders which ban them from the city centre after their release.

On Wednesday 10 of August 2016 Hegarty and Nish were arrested in the China Town area of the city centre with a bag containing an estimated £2,000 worth of Spice.

Both were bailed and on the following day Hegarty was seen in Piccadilly Gardens by council CCTV cameras taking part in suspected drug deals. He was stopped by officers and found in possession of ten wraps of Spice.

On Thursday 2 February, this year, Police raided a number of addresses across Miles Platting and Ancoats as part of Operation Rudow – a multi-agency operation targeting organised crime and the supply of drugs in North Manchester.

As part of this, Hegarty was further arrested and charged with supplying Class A drugs.

On Saturday 13 May Nish was spotted by officers in the Northern Quarter area of the city. He was stopped and a bag which contained a large amount of Spice and cash was seized.

Constable Leon Cawley-Bowyer, of GMP’s City of Manchester Team, said: “Today’s sentencing demonstrates how committed we are to tackling the issue of Spice in Greater Manchester.

“We will continue to target those in particular who choose to deal it in the city centre through Operation Mandera. If you are caught dealing Spice, or any drugs, you will be dealt with proportionally and could end up behind bars.

“The dangers of Spice have been widely reported over the last few months and it is vital that we continue to fight this battle which includes taking the people who deal it off our streets.

“We will continue to work with our partners including Manchester City Council, local charities, as well as the NHS to protect people from the dangers of drugs.”