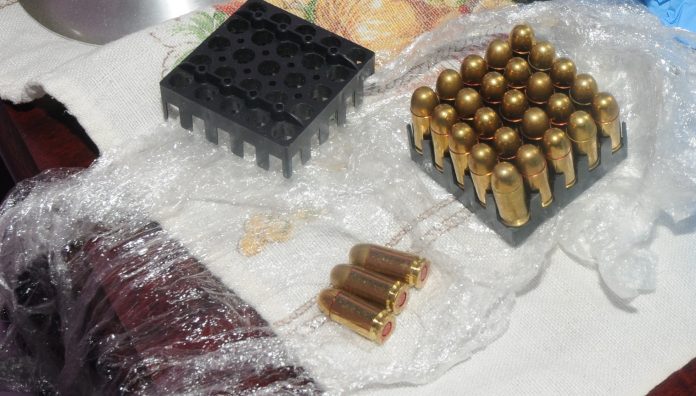 Two men have been jailed after a police operation to target gun crime in Salford.

Rajfar Marcin aged 37  of Knutsford Street in Salford pleaded guilty to conspiracy to supply Cannabis and Amphetamine. He sentenced to five years and four months in prison.

Pawel Strazalkowski aged 36 pleaded guilty to possession of a false identity document with improper intention and possession with intent to supply class A drugs. He was sentenced on 16 March 2017, and he received four years six months in prison. There were reporting restrictions on the case that have now been lifted.

Police searched a property on Knutsford Street in Salford last September, as part of an investigation to target organised crime and drug dealing in Salford, as part of Project Gulf.During the search police seized a firearm, silencer and ammunition wrapped in a towel in the kitchen, a large quantity of Cannabis, Amphetamine and a Cannabis farm.The men were remanded into custody and later charged.

“This operation was launched to target the criminals who use guns and drugs to instil fear and cause misery in our communities.Seizing these weapons means that we have stopped them from falling into dangerous hands and causing further misery.“We will continue our work to make our streets safer with the support of our partners, and of the public, who have supported us to get to where we are today.”