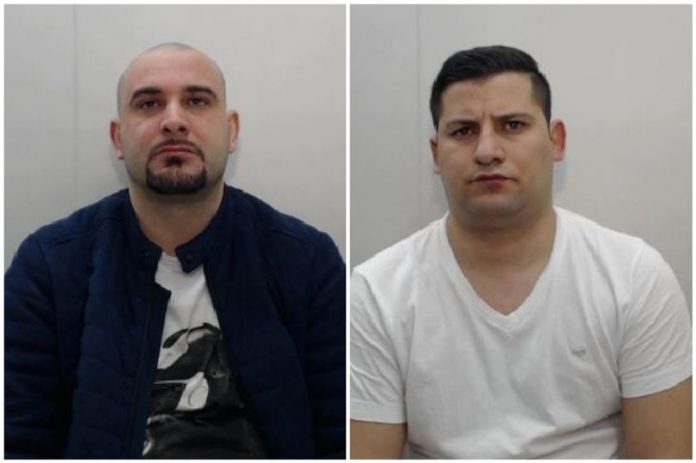 Two drug dealers  have been jailed after they were found sleeping next to their drug-dealing phones in a city centre raid.

As part of an investigation into the supply of drugs in the city centre, Ruko was arrested in July 2015 and deported from the UK having entered the country illegally. At the time of his arrest, his phone was seized and further enquiries established that his phone number was used as a drug line.

Ruko illegally returned to the UK some time later and he continued to use this phone as a drugs line, receiving numerous messages from customers asking for cocaine to be delivered across the city.

In the early hours of 14 September last year, police searched the flat that Ruko and Merkaj shared on Victoria Bridge Street. Officers found Ruko sleeping next to four of his drug-dealing phones.

When officers went into Merkaj’s room, they found another four phones on his pillow and two on his bedside table.

Police found messages on the phones with one customer asking “Yo dude round near Schloss can I get a g” and another asking, “hey can you drop off a gram of coke?”

In the raid, officers also discovered a notebook used to track money and the drugs supplied, detailing combined sales of around £30,000 every week.

Police Constable Paul Halliwell of GMP’s Challenger Team said: “Thanks to the hard work of officers in this case and their persistence, we were able to prove Ruko and Merkaj’s central role in supplying drugs across the city centre and disrupt their entire operation.

“We have now been able to take two very established drug dealers off the street and today’s result should act as a warning to other people out there, that the supply of drugs will not be tolerated.

“Merkaj and Ruko were sleeping soundly next to their drug-dealing phones, but they won’t be able to rest so easily now they’re behind bars.”

Greater Manchester’s stop and search trial to be extended across the country.