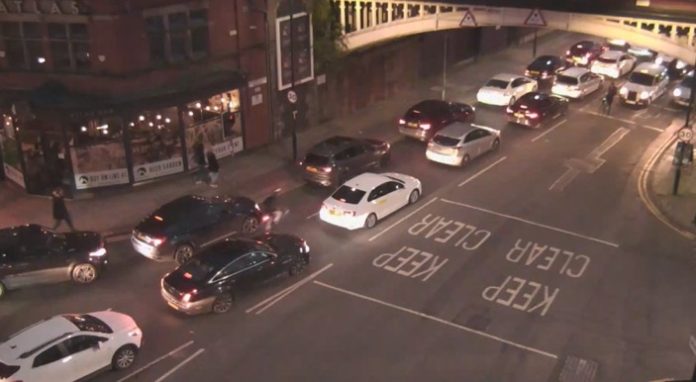 Two men have been arrested on suspicion of terror offences, after being spotted acting suspiciously on Chapel Street in Salford, close to Manchester city centre earlier this afternoon

They were arrested nearby after a Range Rover was stopped on Deansgate. They remain in custody for questioning on suspicion of commission, preparation or instigation of acts of terrorism.

A precautionary cordon was placed around the Range Rover on Deansgate after suspicious items were discovered in the car and Deansgate was closed for a while.

“I want to thank the public for reporting this suspicious activity to @gmpolice this afternoon – it was precisely the right thing to do.Praise too goes to the police for reacting so swiftly. Fortunately, we now know there is no risk to people’s safety.