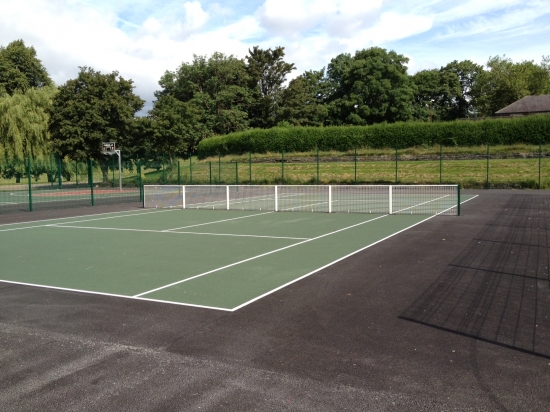 Twenty-one tennis courts across Salford are to get a £500,000 facelift in a bid to encourage more people to take up the game.

Use of tennis courts increased during the pandemic and Salford City Council has been working with the Lawn Tennis Association (LTA), which believes there is huge potential to further expand interest in the game.

The LTA will spend £272, 000 on improving court surfaces, new nets and electronic access gates across the city. Salford City Council will add £272,494 for disabled access and enhanced fencing and adding flood lighting to courts at Parr Fold Park, much of which has come from Section 106 payments made by developers.

Bookings will be managed through a new Ready to rally system. People will be able to hire a court for £4 an hour or £30 per year adult membership (maximum use 10 hours per week), £10 per year (unlimited use) for under 18s and £55 for a family membership (up to two adults and three children living at the same address, maximum use 10 hours per week.) Money generated will be re-invested into the courts.

Salford Community Leisure (SCL) and We Do Tennis will offer a free coaching programme for the public and will also aim to encourage children and young people who would not normally engage in sports to try tennis. SCL will also work closely with local schools to help children develop tennis skills in a familiar setting before introducing them to tennis in the park.

Councillor Barbara Bentham, lead member for environment, neighbourhoods and community safety, said: “This is a game changer for tennis in Salford. Better facilities, free coaching and help for children to learn tennis skills is a real winner.”

Work is expected to start in autumn once contractors have been appointed to carry out the work.

Following this decision, Salford City Council will work with the LTA to finalise the delivery plan across the parks including improving court accessibility, providing local activities and delivering the works on site later this year.

This funding is part of the UK government’s and LTA’s joint investment of over £30 million, to refurbish public tennis courts across Britain, and support a new generation of players to get into the sport.

The government and LTA investment is designed to open up the sport to people of all backgrounds, support the government’s commitment to levelling up sports provision across the nation, and provide greater opportunities for children and adults to be active. This will see thousands of public park tennis courts in poor or unplayable condition brought back to life for the benefit of local communities.