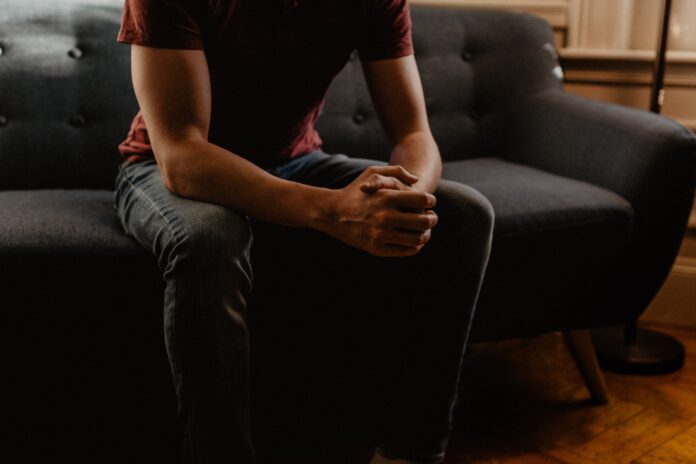 new talking therapy for men in prison who struggle with suicidal thoughts and feelings is being launched in the UK.

The team of clinicians, academics, researchers, service users and carers will study the effects of Cognitive Behavioural Suicide Prevention therapy within prisons.

Suicide is the leading cause of preventable death in prisons in England and Wales with 86 prisoner deaths and 52,000 episodes of self-injury in 2021 alone, leaving prisoners five times more likely to take their own lives than the general population.

It is funded by the National Institute of Health and Care Research (NIHR), the research partner of the NHS, public health and social care.

If proven to be effective, the promising new therapy could offer hope to those currently living in prison and also to the families, friends and professionals who care for them.

Cognitive Behavioural Suicide Prevention is a talking therapy delivered in once or twice weekly 1:1 sessions, each lasting 30-60 minutes with up to 20 sessions in total.

The therapy supports patients to develop a personalised understanding of the reasons for suicide.

It aims to provide short term, immediate benefit while also working towards longer-term gains through development of resilience to future suicidal episodes.

Dr Tim Kirkpatrick, a Research Fellow from The University of Manchester, said: “Suicide in male prisons is a serious problem and there is a great need to prevent it.

“If successful, the PROSPECT programme will help to reduce the personal, economic, and social costs of prison suicide.”

The trial will aim to test the CBSP therapy with men in four prisons from across the North of England, who have had recent difficulties with suicidal thoughts or behaviour.

Study participants will be randomly allocated to either receive the CBSP therapy in addition to their regular treatment offered to prisoners thought to be at risk of self-harm or suicide, or to receive regular treatment alone.

Alongside the trial, researchers will be conducting an evaluation of how the CBSP therapy is carried out in the prison environment, to better understand factors that help or hinder successful implementation in this specific context.

Dr Daniel Pratt, a Clinical Senior Lecturer in Psychology at the University of Manchester and Chief Investigator for the PROSPECT project, said: “This is the first prison-based trial in England that has sought to improve access to a psychological talking therapy for suicidal thoughts and acts.

“If this study proves the therapy to be effective, then we could see significant reductions in the number of suicide attempts and related deaths in prisons as well as improvements in prisoner mental health services.”

Dave Honeywell, an ex-prisoner who is now a lecturer at Arden University, said: “I was made blatantly aware there was a mental health crisis in prisons from my very first experience of prison in the early 1980s. It almost seemed an accepted part of prison life and certainly not taken seriously by the staff.

“When I returned to prison in the 1990s it really stood out how much things had worsened and clearly exacerbated by drug use. The availability of therapy in prison could at least give prisoners hope and options which was something I was never offered.

“My mental health suffered immensely in prison and if therapy was available, I was not aware of it because I would have been very eager to receive it. Not only would the availability of therapy be hugely important but all prisoners must be made aware that there is therapy available!”