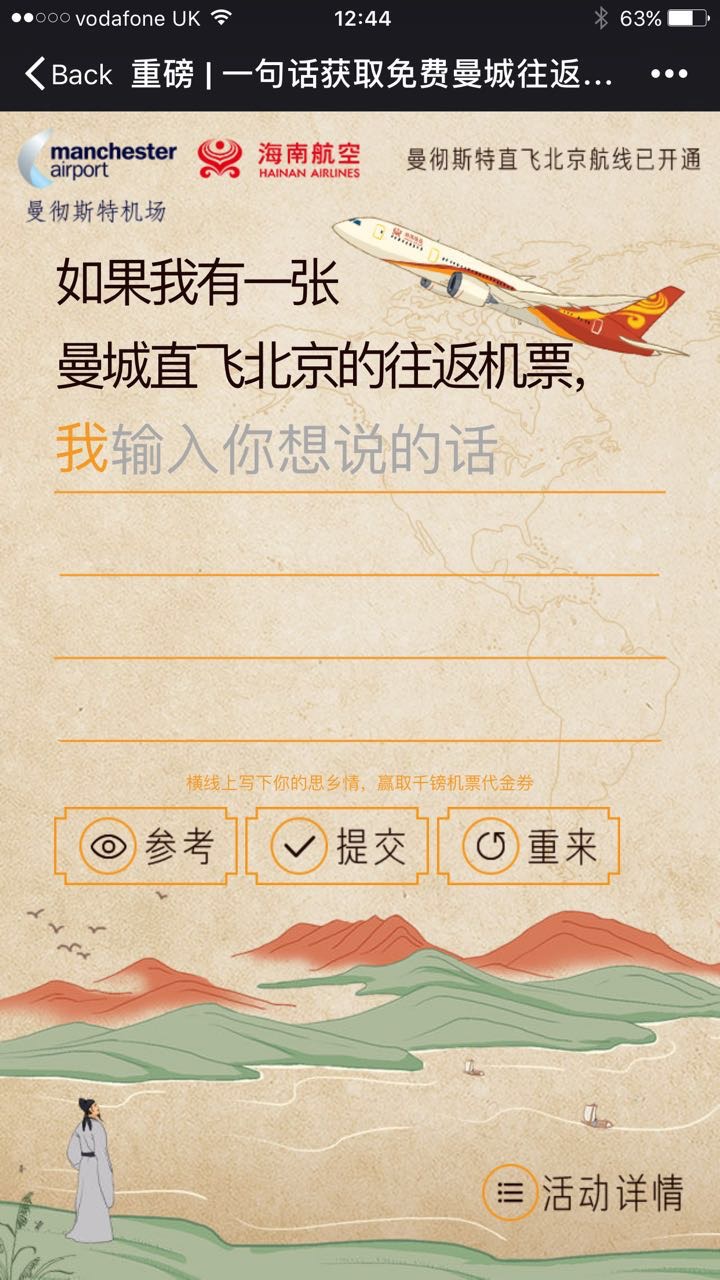 Due to the success of Manchester Airport’s new direct flight to Beijing with Hainan Airlines, Weibo and WeChat, the Chinese equivalents of Twitter and Whatsapp, have been developed to better communicate with the masses of passengers from China.
Since the launch of the flight in June, almost 40,000 passengers have travelled between Manchester and Beijing. Many of these turn to Weibo and WeChat to communicate with friends and relatives, and to interact with brands, so the airport has worked with Chinese digital agency, Red Lantern, to create and develop its presence on the channels.

The airport not only plans to communicate with current passengers in Mandarin who use the route, but also with the huge Chinese population across its catchment area that spans as far north as Scotland, south to the West Midlands and across to North Wales, Merseyside and Yorkshire.

This is made up of Chinese students who use the North’s Global Gateway to access universities and also the rich population of people of Chinese heritage. Manchester has the third biggest China town in Europe.

Patrick Alexander, Head of Marketing at Manchester Airport said: “What better way to speak to a core demographic and our new passenger base than adopting the channels they know and love.

“Not only can we provide them with relevant airport and airline information, but by using their channels, in their native Mandarin, we can give added value and a better, more targeted, customer service.

“The channels will provide a wealth of content and as we grow and develop our route network to China, in turn the social media channels will also grow.”

Both the WeChat and Weibo accounts will also feature tourist attraction information in Mandarin for the broader area, as well as light-hearted video content from local Chinese students explaining why the area is such a great place to visit, and some of its hidden gems.

The channels will launch on Thursday 27th October with a poetry competition to win £1,000 in flight vouchers with Hainan Airlines. The handles are as follows –

Nearly 2 million people with lung conditions notice improved symptoms as a result of...

Commendation for officers who tracked down watch thieves