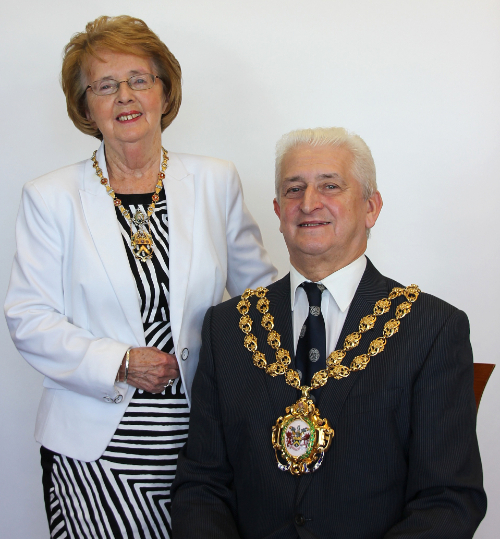 Former Oldham Mayoress, Kathleen Hudson, who dedicated her life to charity work and civic duties, has died after a short illness.

Kathleen was wife to veteran Conservative Councillor John Hudson OBE, who also served as Mayor of Oldham between 2013 – 2014.

Living all her life in Greenfield, Kathleen contributed significantly to Saddleworth and the borough as a whole, particularly when it came to offering support to local charities.

As well as being one of the longest serving members of the Saddleworth Charity Committee, she also served as Chairman’s Lady when John was Saddleworth Parish Chairman – on four occasions – raising thousands of pounds for local good causes.

During their term as Mayor and Mayoress, John and Kathleen raised over £56,000, again for local charities, an outstanding amount.

Kathleen chaired the local Conservative Ladies Group for many years.

“Kathleen radiated warmth and kindness. She was truly devoted to the people of Oldham and has, along with John, raised extraordinary amounts for charity throughout their years of service to the borough.

“Her loss will be felt by many and I pass my sincere condolences onto John, their two daughters and their other family and friends.”