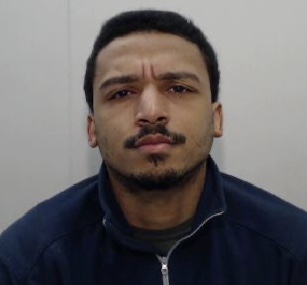 A man who was involved in a robbery and the brutal kidnap and torture of a man from Cheadle Hulme has been jailed for a total of 14 years.

Back in October 2018 Cummings and three other men wearing masks over their faces forced their way into a house on Three Acres Lane in Cheadle Hulme.

The victim who – was in the kitchen of the property – ran in to the hallway and fought with the men who threw him to the floor and viciously attacked him. Cummings strangled the victim and refused to let him up.

The victim managed to pull a wool hat from Cummings head which exposed his face and was captured on the CCTV system that recorded the whole incident.

During the assault his wife, who had shut herself and her daughter in the top bedroom, managed to call the police and report the incident.

After punching the man several times Cummings and the three men took the victim’s wife’s handbag and the keys of his Audi RS6. They then made their escape in the victim’s car and their other vehicle that they used to get to the address in.

The victim suffered superficial cuts and grazes during the attack.

In January last year Cummings was arrested on suspicion of robbery after his DNA was found on a wool hat that was left at the house.

Police also found the victim’s aftershave and wallet during a house search at Cumming’s address which he claimed he bought at Selfridges in the Trafford Centre.

Just a month after the robbery Cummings was involved in the brutal kidnap and torture of a man from Stockport in November 2018.

The victim was kidnapped from his home and falsely imprisoned by a group of masked men.

The men demanded a large quantity of cash from their victim who was tied up, beaten, threatened and tortured.

The man was imprisoned for over 24 hours by Cummings before agreeing to pay £34,000 in cash in order to be freed. This was delivered the kidnappers and the man was released without being gravely injured.

Traces of Cummings’ DNA were found on a roll of brown tape used to bind the wrists of the victim.

Detective Inspector Gareth Davies, of GMP’s Major incident Team, said: “The brutality of Cumming’s actions left one man seriously injured as his family helplessly watched on and another fearing for his life as he was tortured and threatened for over 24 hours.

“On both occasions CCTV footage and traces of DNA helped establish Cumming’s guilt and I would like to thank the officers who worked relentlessly to put this dangerous man behind bars.

“I hope his sentences for both crimes demonstrate that anybody who chooses to pursue a life of such violence will face the consequences for their dreadful actions.”