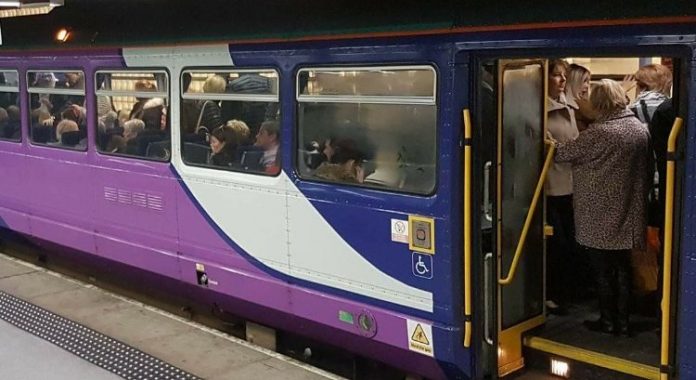 Transport Secretary Chris Grayling and Rail Minister Jo Johnson have both pledged to improve train services for people in the North of England as the Department for Transport has taken measures to sort the problems which have beset the network in the past few days.

Chris Grayling says improving the service for Northern rail passengers is his department’s “number one performance priority” adding that the level of disruption that passengers have experienced in the north is unacceptable”.

“Improving the service for Northern customers is the number one performance priority for my department and we will work with the industry to keep disruption at a minimum.”he said in a statement

Johnson, in a meeting with  Conservative MPs from Northern seats, organised by Chris Green MP for Bolton West and Atherton said:

“At a productive meeting this morning I was able to hear about local concerns regarding the new rail timetable and capacity on the lines in and around Manchester, and along the route to Carlisle. We are significantly improving passengers’ journeys across the North by investing over £1bn in improvements, and I am confident that once the current teething problems subside, commuters will start to see those benefits soon. We have agreed an action plan with Transport for the North.

Measures in the plan include, improving driver rostering to get more trains running now as well as increasing driver training on new routes to get more services on line as quickly as possible.

They have pledged to put additional contingency drivers and management presence at key locations in Manchester and to putextra peak services in the timetable along the Bolton corridor, including between Buckshaw and Manchester Victoria, and Preston and Manchester Oxford Road

Northern Rail had earlier in the day apologised to passengers saying that many of the problems were due to on delays in electrification work being carried out by Network Rail.

Barry White, the Chief Executive of Transport for the North, said: “We are extremely disappointed and concerned with the inadequate performance of Northern. We have received a timetable recovery plan from Northern to address these concerns and improve the rail experience for passengers. Both Transport for the North and the Department for Transport, through the Rail North Partnership, will be monitoring progress against the plan on a daily basis.”