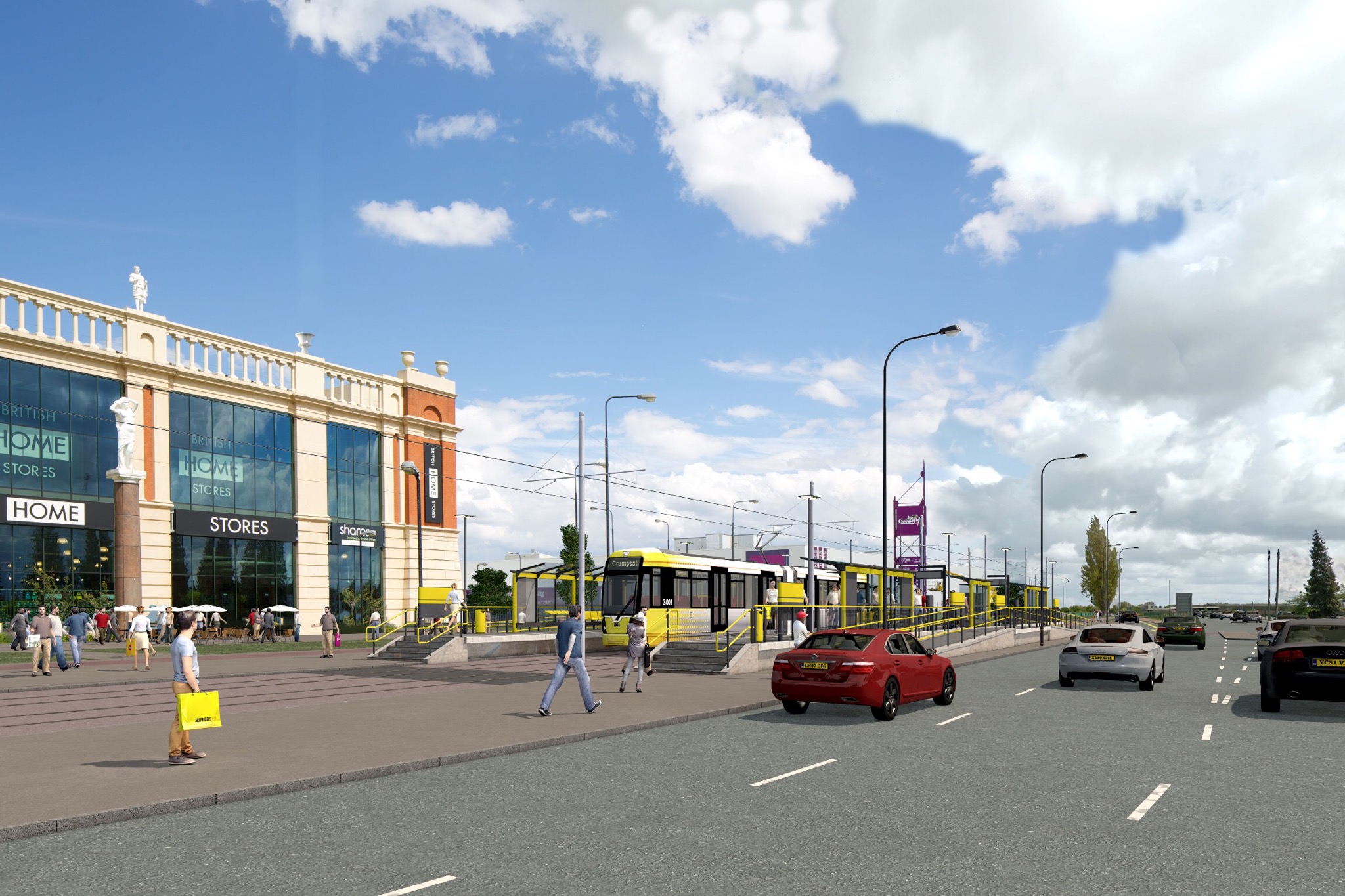 Transport leaders are forging ahead with proposals to build a new Metrolink line to Trafford Park following an overwhelmingly positive public response to the plans.

During the 12-week public consultation this summer, 89% of comments were in favour of plans to build the 5.5km tram line through Trafford Park to the intu Trafford Centre. Of more than 1,500 responses received, 6% were neutral and just 5% not in favour.

The scheme is being refined in light of comments received during the consultation and TfGM will continue to engage with stakeholders along the route as the design develops.

TfGM is now due to submit a Transport and Works Act Order application later this month for parliamentary powers to construct the Trafford Park line.

If the necessary powers are granted, work on the new extension could start as soon as 2016.

Councillor Andrew Fender, Chair of the Transport for Greater Manchester Committee, said: “Thanks to Metrolink’s proven track record and reputation as the UK’s foremost light rail system – and Greater Manchester’s strong record of delivering major projects – we now have a full funding package in place for the Trafford Park line as part of a historic devolution package.

“We’ve had an overwhelmingly positive public response to our plans for another tram line through Trafford. For many years there has been a great deal of enthusiasm and popular demand for a tram service to the Trafford Centre. Of course this Metrolink line will also mean hugely improved and sustainable transport links to Trafford Park, one of the region’s largest employers.

“We’re getting everything in place so that this scheme is shovel-ready to start work in 2016 with a view to opening it by the end of the decade.”