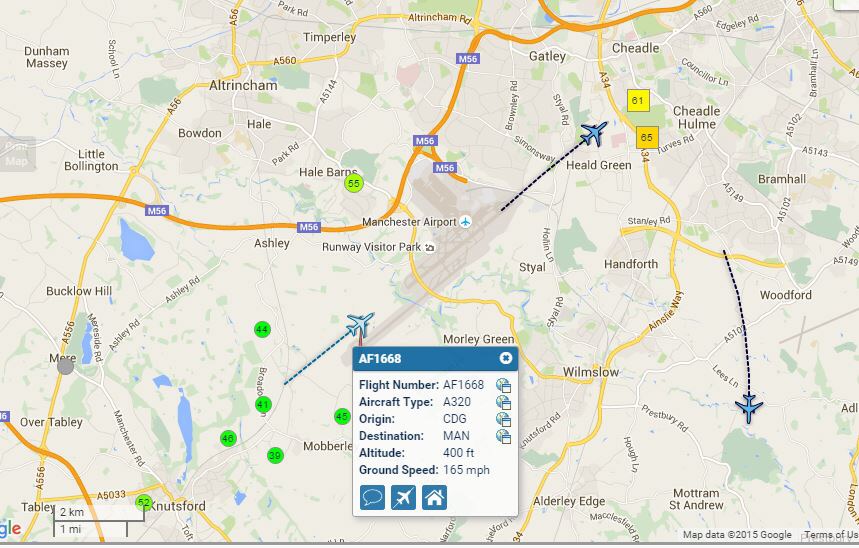 a new online tool that allows members of the public to see flight and noise data collected by the Airport’s brand new aircraft noise monitoring and tracking system.
WebTrak allows residents to see for themselves flight activity within 30 miles of the airport. Using radar data received from National Air Traffic Services and noise data collected at noise monitoring terminals stationed around the airport, WebTrak displays a map of the region with flight details and the levels of noise generated by aircraft taking off and landing at the airport.

The technology is being introduced primarily for the benefit of local people and has been developed by Bruel and Kjaer, with continuous input from both the airport’s Environment and Community teams.

Wendy Sinfield, the Airport’s Community Relations Manager, said: “We recognise that aircraft landing and taking off at the airport can affect our neighbours. By making flight and noise information available on the internet, people can go online and use the system to find details of a particular flight (airline, aircraft type and destination), locate their property on a map and calculate the height that the aircraft was flying above and the distance from their property and if they have a comment or concern about a particular flight they can report it to us using the same system.”

Steve Wilkinson Chairman of the Manchester Airport Consultative Committee welcomed the introduction of the system: “I’ve been pleasantly surprised about how easy it is to get information about a particular flight.

“By moving a mouse over an aircraft on the screen produces a pop up window, with all the information about the flight, whilst noise is shown separately as small circles on the map that change colour and shape while displaying noise levels”.

Tim Walmsley, Environment Manager at the Airport explained: “In our Noise Action Plan we promised to introduce a tool to allow flight paths and noise levels around the airport to be looked at over the internet. Three months of historical flight data can be investigated through the system and members of the public can see new data 24 hours after the activity.”

The airport’s Community Team will be giving free lessons on how to use the new web-based tool, on September 29 at the Welcome Café in Knutsford – and then at the Knutsford Library each week. To access the tool log onto http://www.manchesterairport.co.uk