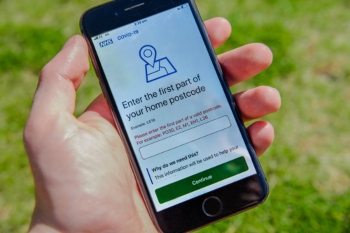 New analysis from the Health Foundation,published in The Lancet shows that a smaller proportion of positive COVID-19 cases and their contacts are reached by NHS Test and Trace in more deprived areas than in less deprived areas.

This means that an additional 9,000 positive COVID-19 cases and 42,500 contacts would have been reached in the most deprived group of local authorities in England if they had had the same success rates as the least deprived.

The authors note that it is not clear why there should be these differences between different local authority areas. Dr Adam Briggs, Honorary Associate Clinical Professor at Warwick Medical School and Senior Policy Fellow at the Health Foundation, said:

‘There may be many possible reasons why a lower percentage of people are reached by NHS Test & Trace in more deprived areas, but the information available doesn’t enable us to understand this in more detail. Knowing why people in more deprived areas seem to have less contact with NHS Test & Trace is crucial to ensuring the system isn’t inadvertently widening inequalities, particularly as COVID-19 already hits vulnerable communities hardest.

‘Policies need to be developed to improve engagement with contact tracing, and to help people to isolate when necessary. This may include better use of local expertise and knowledge, and addressing any gaps in available social, practical, and financial support for people isolating.’

As part of the analysis, all 149 upper tier local authorities in England were grouped into five levels of deprivation, from most to least deprived. This was mapped against the number of positive cases and their contacts who were successfully contacted by the national NHS Test & Trace system between 28 May and 18 November.

The animals are two by two in Sale this summer