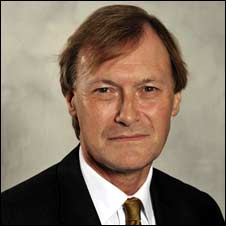 In a statement on Friday night, the Metropolitan Police said the investigation has “revealed a potential motivation linked to Islamist extremism”.

Sir David Amess died after been stabbed at his constituency surgery in Leigh.

His alleged attacker, a 25-year-old British national believed to be of Somali heritage, who had allegedly been lying in wait for the MP, was being questioned on suspicion of murder after being arrested at the scene.

Amess, the MP for Southend West, has been stabbed multiple times while holding a surgery in his constituency.

The 69-year-old, who is MP for Southend West, was stabbed as he met constituents at Belfairs Methodist Church.

Boris Johnson said of him in tribute

He had an outstanding record of passing laws to help the most vulnerable…we’ve lost today, a fine public servant, and a much loved friend and colleague.’ adding

All our hearts are full of shock and sadness… He was one of the kindest, nicest, most gentle people in politics.’

The Jo Cox Foundation, the charity set up in memory of the MP who was murdered in 2016, said it was “horrified” by reports of the stabbing.

“We are thinking of him, his family and loved ones at this distressing time,” the foundation said.

Andy Burnham said;The Mayor and all Leaders are “shocked and horrified” following the killing of Sir David Amess MP.Our thoughts and condolences are with the family and friends of David

“Nobody in public life should be the target of violence. We are deeply saddened by this news and our throughts and prayers are with the Amess family.”

Home Secretary Priti Patel said she would provide an update ‘in due course’ on questions around the safety of MPs while the Commons speaker Sir Lindsay Hoyle warns ‘we will need to discuss and examine MPs’ security’,

England’s high streets to be revitalised with help from Manchester