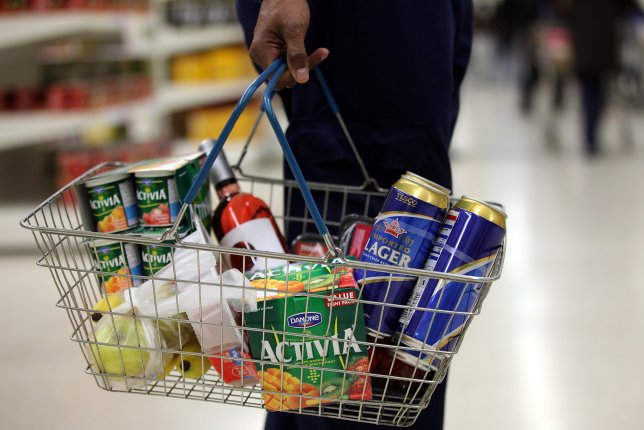 Shoppers face being hit with hundreds of pounds extra on food and drink bills if the UK leaves the EU with ‘no deal’, new analysis for GMB union reveals today.

The figures, released on the eve of GMB’s Annual Congress which starts in Brighton today, show a family’s weekly shop could rocket by more than £800 a year.

A report by Acuity Analysis for GMB union compares a weekly basket of goods in current prices compared to scenario in which the UK leaves the EU without a trade agreement with the European Union.

As a member of the EU the UK is part of the EU Single Market and EU Customs Union and goods are imported and exported across 27 countries without tariffs or other trade barriers.

If the UK leaves the EU without a trade agreement with the European Union, the WTO’s Most Favoured Nation (MFN) rules will apply, and duties will be payable on UK imports and exports. Today there are no additional costs when a UK company imports or exports goods to elsewhere in Europe.

The revelation comes as candidates vying to be the next Tory leader and Prime Minister embrace the prospect of ‘no deal’. Frontrunner former Foreign Secretary Boris Johnson has declared “we’ll come out deal or no deal on October 31” and his rival, former Brexit Secretary Dominic Raab has reportedly threatened to shut down the House of Commons in order to ram through a No Deal Brexit.

“Tory leadership contenders who casually throw around the idea of ‘no deal’ Brexit are completely ignoring what that reality would mean for working people.

“The prices of household essentials will go through the roof if hardliners like Raab and Johnson get their way, but why let people’s actual lives get in the way of personal ambition in the Tory Party?

“Either they’re negligent in understanding what leaving on WTO terms means or they just don’t care.

“If the Tory Party choose a leader prepared to walk us off a Brexit cliff edge, our country will live with the economic consequences of that for a generation. They won’t be forgiven easily for that at the ballot box.”