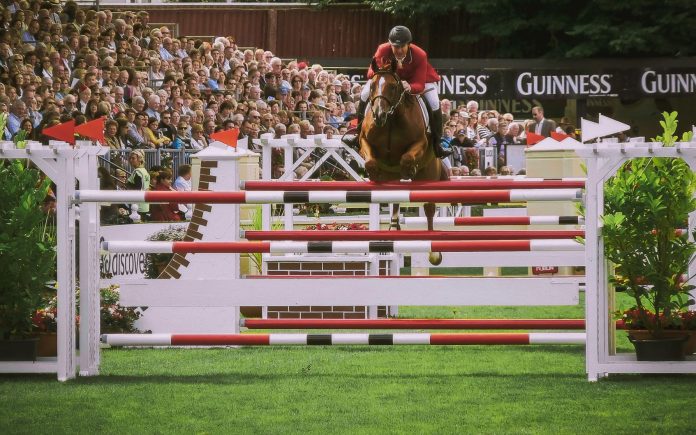 The big event for horse racing fans and bettors is fast approaching as the first leg of the Triple Crown Series establishes a new date. On the fourth and fifth day of September, the 146th season of the Kentucky Derby will once again take place at Churchill Downs. Twenty contenders will run on the race track in hopes of winning the title. However,  only one among the truly top-class horses will bring home the victory.

If you want to place your bet for this year’s Kentucky Derby, you should start making a list of your top contenders as early as today. To give you a hand, we’ve listed this year’s most outstanding Colts who have earned qualifying points to make their way into “The Most Exciting Two Minutes in Sports.”

Here are the top five horses who are on the top of their game and the current leaderboard.

Tiz the Law of Sackatoga Stable

Born in New York and sold for $110,000 as a yearling, Tiz the Law is one of the top hopefuls who will try to get the championship title on the 2020 Kentucky Derby. Currently, Tiz the Law owns the number one spot on the leaderboard with a total score of 122 points.

On top of that, Tiz the Law won the $250,000 Holy Bull Stakes(G3) at Gulfstream Park last February 1 and also finished first in the Curlin Florida Derby(G1) on March 28. With his natural-born talent and achievements, this Barclay Tagg-trained Colt is undeniably one of the best contenders for this year’s Kentucky Derby.

Lance and Clint Gasaway’s Wells Bayou is a remarkable Colt who has earned a total of 104 points and aiming to run for the 2020 Kentucky Derby. With his trainer Brad Cox and jockey Florent Geroux, he won his first race at Keeneland in October 2019 but took seventh place during his second race.

However, Wells Bayou bounced back to win the Allowance Optional Claiming at Churchill Downs last January 2020. He followed this up by a second-place finish during the Southwest Stakes (G3) on February 17, where he earned four points for the Kentucky Derby starting gate.

Finally, Gasaway’s top-class Colt punched his ticket to the 146th Kentucky Derby as he won the Twinspires.com Louisiana Derby (G2) last March 21. There, he earned a hundred qualifying points for the 2020 Kentucky Derby.

Currently, on the third rank of the leaderboard, Linda Shanaha’s Ete Indien earned a total of 74 qualifying points for this year’s “Run for the Roses.” Trained under Patrick Biancone, he won a five-furlong turf sprint during his career debut last September 13, 2019, at the Gulfstream Park.

Furthermore, Ete Indien took second place on the Holy Bull Stakes (G3), losing the first place to Tiz the Law. Last February 29, he won the title for the Fasig-Tipton Fountain of Youth Stakes (G2) and competed again with Tiz the Law during the Curlin Florida Derby (G1) last March 28. He finished third for this event, earning around 74 qualifying points to join in this year’s Kentucky Derby.

Modernist of Pam and Martin

Trained by William Mott, Modernist is one of the top-class Colts who took the top spot for the Current Derby leaderboard. As of the moment, he ranks fourth with a total score of 70 qualifying points. He earned these points by competing in two Derby-prep races, which are the Louisiana Derby (G2) and Risen Star Stakes (G2).

This Dark Bay-colored Colt finished first during the Risen Star Stake last February 15, running a distance of 1 3/18 miles. On March 21, he also competed in the Louisiana Derby at the Fair Grounds and took third place overall. With these achievements, Modernist got the chance to become one of the Kentucky Derby horses 2020 to run at Churchill Downs.

Handled by Bob Baffert, Authentic took the fifth spot of the Kentucky Derby leaderboard as of current. He has earned 60 qualifying points and managed to acquire a place in the famous “Run for the Roses.”

Authentic has a tough ride this year, which is quite apparent through his inconsistent odds ranking. However, despite the rocky road and obstacles he faced, he is still able to prove himself as he won the San Felipe Stakes and Sham Stakes during the first quarter of 2020.

With their hard-earned qualifying points, the top-class Colts mentioned above are the top five contenders- based on current points- who have the chance to run at the Kentucky Derby Field. Even though this ranking is still far from the final tally, these horses already showed exceptional performances during the Derby-prep races. With that, one of them can be your best bet to win the betting game on the 146th running season of the Kentucky Derby.

Willow has had a good innings but cricket bats should now be made from...