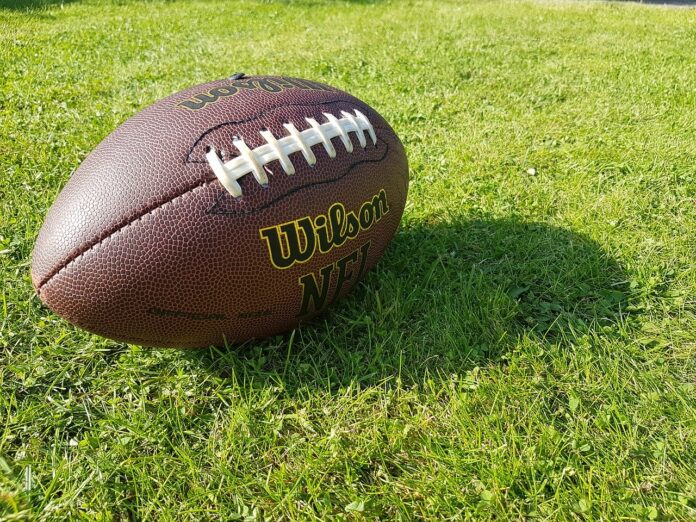 The 2020 NFL draft wrapped up in June with plenty of talent flying off the board. This year saw the most talented rookie class for NFL, including Quarterbacks, Running Backs, Wide Receivers, and Tight Ends prospects.

Dobbins played college football at Ohio State, and in the second round of the 2020 NFL was drafted by the Ravens.

He is mentioned as the best tailback in the 2020 draft class, competing with players like Georgia’s D’Andre Swift and Wisconsin’s Jonathan Taylor as the top tailback.

Dobbins, the former Ohio State standout, recorded over 2,000 yards rushing in 2019. He is the first running back in Ohio State history to ever top the 2,000-yard mark. Dobbins is also the first Ohio State player to rush for 1,000 or more yards as a freshman, sophomore, and junior.

The Bengals selected Joe Burrow as the No. 1 quarterback pick of April’s draft and signed his four-year rookie contract worth $36.1 million.

His performances have been mostly terrific. In the 2019 LSU season, Joe Burrow set the Football Bowl Subdivision record for most passing touchdowns. He finished the season with 76% completion of his passes, 5,671 passing yards, 60 touchdowns, and six interceptions.

The Dallas Cowboys selected CeeDee Lamb as their No. 17 pick. He got a four-year fully guaranteed deal worth $14.01 million along with the standard fifth-year option.

Lamb is a crucial addition to the wide receiver, Amari Cooper and Michael Gallup.

He played college football at Oklahoma and was the best wide receivers. In the last season, he made 62 catches for 1,327 yards and 14 touchdowns for Oklahoma.

Jane is an American football wide receiver for the Philadelphia Eagles. He played college football at TCU and was drafted by the Eagles in the first round of the 2020 NFL Draft, a four-year deal with a fifth-year team option.

In his college, Reagor racked up 148 receptions for 2,248 yards and 22 touchdowns receiving in three seasons, and another 324 yards and two scores on the ground. The 2018 season was his best season when he posted 72 receptions, which was the second-most in school history, for 1,061 yards and nine touchdowns.

The Tampa Bay Buccaneers signed Ke’Shawn Vaugn as the running back in the third round of the NFL Draft.

Vaughn is a tough physical runner who has the skill to break tackles and turn short gains into long touchdown runs. He played college football at Vanderbilt and excelled in the final two seasons by rushing for over 2,200 yards with 21 touchdowns. In his senior season at Vanderbilt, he rushed for 1,028 yards and nine touchdowns and also caught 28 passes for 270 yards and a score.

He had a brief hiccup at the start of training camp with his placement on the reserve COVID-19 list, but it appears he is starting to make up for  lost time.

Aker is an American football running back for the Los Angeles Rams. Rams selected Aker with the No. 52 in the second round of the 2020 NFL Draft.

Young recently turned 21 years old, and in his final season with the Ohio State Buckeyes, he logged 16.5 sacks, 21.0 tackles for loss, and seven forced fumbles.

Young is 6-foot-5, 265, which is the right size for an edge rusher, possessing the length to separate from offensive linemen. He also has the burst, bend, and speed around the edge to beat blockers with ease.

The New Orleans Saints picked the hard-working and talented Ruiz as the interior offensive lineman at No. 24 in the 2020 NFL Draft.

In his college career, Ruiz appeared in 36 games for Michigan, making 31 consecutive starting assignments to finish his college career. As a freshman in 2017, he opened five contests at the right guard. After this, he was the team’s center for the past two seasons and earned All-Big Ten as a junior in 2019.

The Indianapolis Colts drafted Jonathan Tylor as the running back at No. 41 of round 2. In the upcoming season, he seems to be the NFL’s 2nd most productive rookie rusher in the 2020 season.

Taylor became the first player in FBS history, rushing for over 6,000 yards in total in three seasons. He also rushed for over 2,000 yards for a consecutive season for the Badgers.

The Broncos picked Jerry Jeudy at No. 15 overall in the first round of the 2020 NFL draft.

In the University of Alabama, Jeudy was part of a very explosive and dynamic offense. Jeudy was the leading receiver in the first two games of the Crimson Tide, finishing with 137 yards and a touchdown. During his final collegiate season in 2019, he caught 77 passes for 1,163 yards and ten touchdowns.

Ruggs III played for the Crimson Tide and appeared in 41 contests with 27 starts. He compiled 98 receptions for 1,716 yards and 24 touchdowns, adding two rush attempts for an additional score.

The Detroit Lions drafted running back D’Andre in the second round of the 2020 NFL draft.

In his college career at Georgia, Swift had three consecutive games with over 100 yards rushing. His career-best was 186 yards rushing on 17 carries and four receptions for 43 yards.

A successful NFL draft involves avoiding the busts, selecting the right sleepers, and the best rookies to make an immediate impact for the teams. Above is the list of top 12 rookies who are capable of helping the NFL teams to win the game.