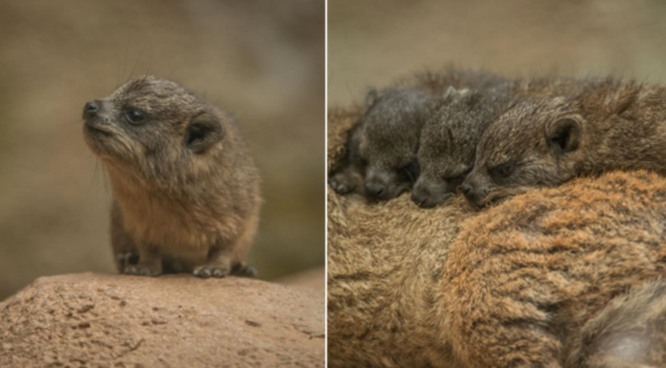 Three baby rock hyraxes have made their public debuts at Chester Zoo.

The pocket-sized pups, which are yet to be named or sexed, arrived to mum Daissie and dad Nungu on 21 July weighing just 250g – no heavier than a bar of soap!

They may be short in stature but these tiny animals have a surprising genetic link – they are more closely related to the elephant than any other species on Earth, after evolving from a single common ancestor. 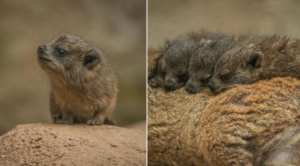 Small mammals often experience a short pregnancy period, but rock hyraxes are different, with their pregnancy lasting more than seven months. The species’ young are well developed when born, just like miniature adults. 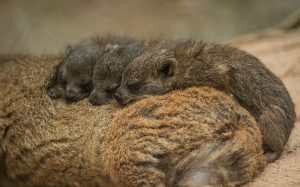 “Rock hyraxes have helped conservationists learn so much about the evolution of different animals, and how animals can evolve and adapt to the environments where they live – they really are special little creatures.

“Hyraxes are known for spending a large majority of their time lying out and basking in the sun, so mum Daissie and dad Nungu have certainly been run off their feet keeping up with these three little ones.”

In the wild rock hyraxes are known as ‘rock rabbits’ or ‘Dassies’ and can found in large colonies across Africa and the Arabian Peninsula. Scientists believe they even have their own form of language, using vocalisations in a particular tone and order to convey meaning.

As their name suggests, they are known to live among rocky terrain, where they used their moist and rubber-like soles, which act like suction cups, to grip and clamber down steep slopes.