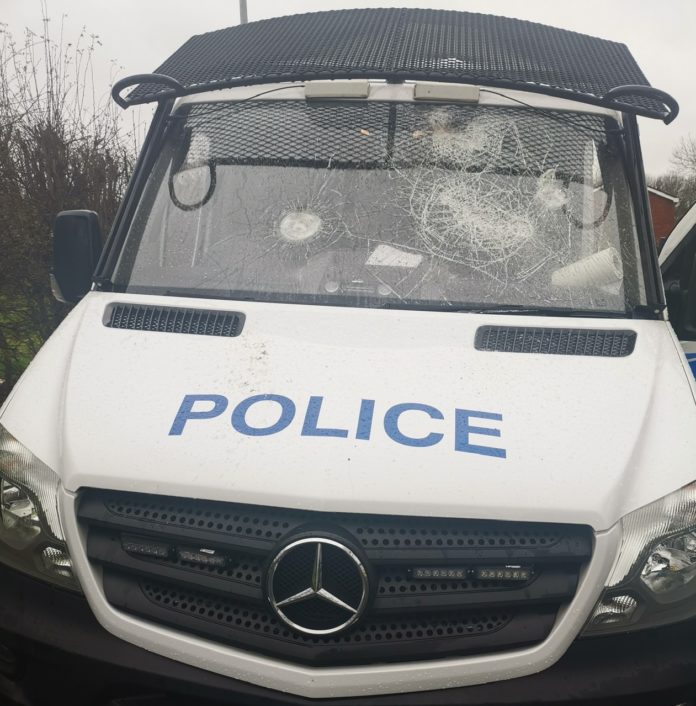 Officers returned from a successful knife sweep operation in which a number of offensive items were recovered to find that the vans had been vandalised.

No one was injured however two of the vans had smashed windscreens and two had damaged tyres.

Chief Inspector Ben Ewart of GMP’s Salford division said: “Our officers were out helping the community by doing great work removing knives from the streets only to come back and find that their vans had been vandalised.

“We have recovered the vans but they will have to be sent for repair before they are able to return to the roads as emergency vehicles.

“This behaviour is completely unacceptable and it will absolutely not be tolerated. Anyone with any information at all should contact police as soon as possible.

“Despite this incident you will continue to see patrols in and around the area as our officers carry out their positive work within the community.”

Three arrests and teenager in serious condition after stabbing in Droylsden