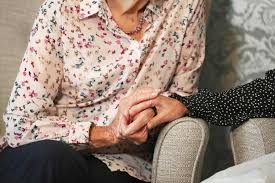 Three Greater Manchester Tory MP’s were among eighteen rebels who defied their whips and voted against the controversial change to  social care reforms last night.

The government won 272-246 on its amendment to the health and social care bill that will see only individual social care costs count toward the new £86,000 cap, and not council-funded contributions as previously planned.

The plans will see anyone with assets of less than £20,000 will not have to pay anything towards the cost of help with things like washing and dressing at home or a stay in a care home from October 2023

People with more than £100,000 in assets – the value of their home, savings or investments – pay everything up to a maximum of £86,000 while people with assets of £100,000 or less can qualify for council help to pay but the new change means they will eventually have to pay up to £86,000 out of their own pocket too

Video emerges of man being struck by Police officer at illegal gatherings at a...