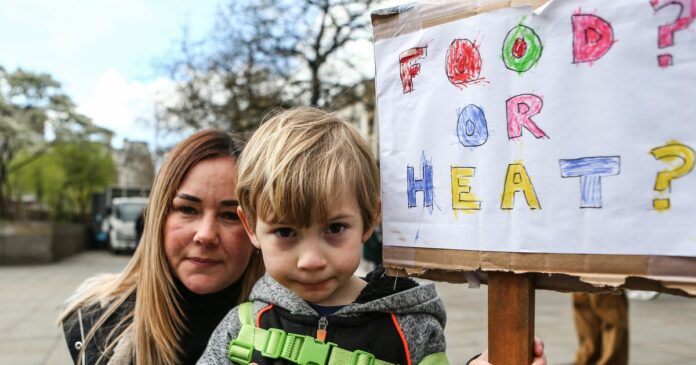 Macmillan Cancer Support is sounding the alarm that the cost-saving cuts people living with cancer are being forced to make is putting people’s health at risk, as new data from the charity reveals that approaching a third of people with cancer in the North West (30%) feel like they just ‘can’t afford life at the moment’[i].

Macmillan’s research reveals that since December, almost one in four people with cancer in the North West (23%) have either been buying less food, or making fewer hot meals, to try to cope with the soaring cost of living[ii].

Additionally with energy bills spiralling, a third of people with cancer in the region (33%) have resorted to wearing coats or dressing gowns indoors more to try to stay warm without spending more, and one in seven (14%) have been washing their clothes or bedding less – or not at all – to try to keep costs down[iii].

The charity is warning that these cuts could negatively impact people’s health, with good levels of nutrition, warmth and hygiene being essential in aiding recovery.

Many people with cancer already face a significant financial hit from an array of extra and often unexpected costs that can come with a diagnosis, such as higher energy bills as they try to keep warm during treatment, or the travel costs of getting to and from appointments, as well as a potential drop in earnings if they are less able to work. Macmillan research shows that 87% of people with cancer in the North West experience some kind of financial impact from their diagnosis, and for those affected this reaches an average of £856 a month, on top of their usual expenditure[iv].

Worryingly, on top of the financial pressures of a diagnosis and the soaring cost of living, people with cancer in the UK who claim Personal Independence Payment (PIP) are also facing significant delays – an average of 22 weeks – to receiving their first payment[v].

“At a time when people living with cancer need their health to be their priority, it’s devastating to hear the toll the cost of living crisis is taking on the wellbeing of so many people.

“Nutrition, warmth and hygiene are all vital in keeping people with cancer well enough for treatment and aiding their recovery, and to hear that people are being forced to deprive themselves of these essentials is hugely concerning.

“I’d urge anyone affected by cancer who has concerns or questions about the impact of the cost of living crisis on their health and wellbeing to get in touch on Macmillan’s Support Line. We’re here to make sure you get the support you need.”

Macmillan has seen a high level of demand for its financial need support services over the last few months, with the number of calls about energy alone answered by the experts on the charity’s Support Line jumping by 87% since the new energy bill price cap came into effect on 1st April, compared to the same time last year[vi].

“Every day we are hearing from more and more people living with cancer who are feeling the enormous pressure of the rising cost of living, on top of the extra costs a diagnosis can already bring. We used to hear about people choosing between eating and heating, but now we are hearing from people who can’t afford either.

“People with cancer need to live, not just survive and we are urging anyone worried about money to access the support available from Macmillan. We are here to make sure people get the help they need and deserve.”

“Have yourself a merry little Christmas, I am afraid this year I do mean...