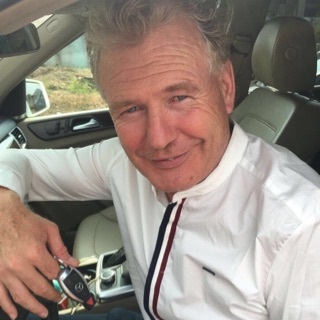 Greater Manchester Police want to identify the man pictured after a woman from Sale fwas blackmailed.

The victim, who is in her 50s, struck up a friendship with a man online.

After meeting up, she sent him intimate images and videos after he asked her to.

Around the 1 October 2016, the man then asked if she could look after a parcel for him while he went away. The woman agreed but a second man got in touch to say she must pay thousands of pounds for the package.

When she questioned the original man and explained she could not afford it, he said he would release the videos if she did not pay.

Officers have been carrying out extensive enquiries and are now asking anyone who recognises the man pictured to please contact police.

Detective Sergeant Lee Attenborough, from GMP’s Trafford borough, said: “The victim put her trust in the offender and truly believed they were friends.

“She is understandably devastated by all of this and was very brave reporting this to police.

“Anyone who has any information about the man pictured is urged to call us.

“If you have any information about the blackmail or have been a victim yourself, then you should also immediately call police.”

We Want People Who Can Draw- Exhibition Visit