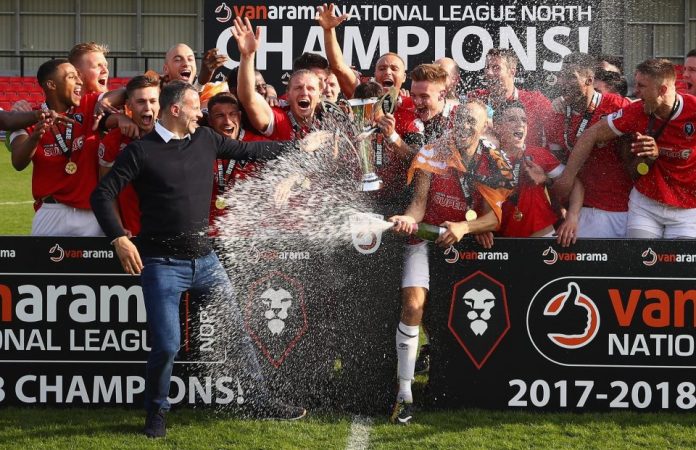 Despite a 2-1 loss at home against Boston United, Harrogate Town’s 3-1 defeat at Bradford Park Avenue meant the Ammies cannot be caught at the top as their meteoric rise up the non league pyramid continues.

After missing out in the playoffs last season, the club won its third promotion in just four years, since being taken over by the Class of 92’s  Gary Neville and Ryan Giggs, Paul Scholes, Nicky Butt and Phil Neville, leaving them just one step from the Football League.