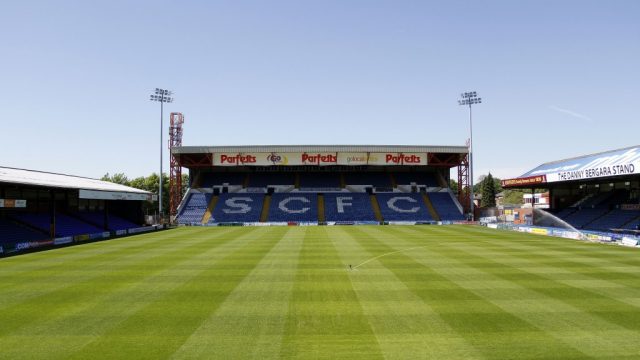 Wigan Athletic suffered defeat for the second game on the bounce with a 1-0 loss to Charlton Athletic. Forster-Caskey with the winning goal just after the hour mark was enough for Lee Bowyer’s side to grab their second win of the season.

Things are not looking good for Rochdale at the moment with one win in the last five games leaving them 23rd in League One. A 3-0 home defeat to high-flying Hull City made it two losses on the trot. Despite having the majority of possession throughout the match, Hull City peppered the Rochdale goal with 19 shots to Dale’s seven.

Paul Scholes’ first game in charge as interim manager ended in Salford’s first defeat of the season and sees them drop down to 11th in League Two. Another last-minute goal sealing the win for Port Vale. There is much concern over Darron Gibson’s suspected broken leg which capped off a forgetful afternoon for the Ammies.

Bolton Wanderers and Oldham Athletic faced off in an all Greater Manchester tie. The home side looked to have the pre-game edge over bottom of the league Oldham. However, despite having over 60% of the possession, Ian Evatt’s side lost out to a 95th minute Zak Dearnley goal. Giving Harry Kewell his first win and three points as Oldham manager, moving them above the pre-season favourites in the league.

Curzon Ashton continued their impressive start under Steve Cunningham with a 2-1 over Farsley Celtic. The win sees Curzon move into the early playoff places. A spot they will be hoping to challenge for come the end of the season.

Ashton United continue to slump down the league with another loss, this time to Mickleover FC 3-0. Micheal Clegg is dealing with a depleted squad at the moment and will be hoping to overcome this run as soon as possible. Atherton Collieries would have been looking to follow up their fantastic win over Ashton with another against Stalybridge Celtic. A draw seemed a fair result and lifts Celtic off the bottom of the league, while Atherton moves up to 11th.

All of the Northern Premier west teams was in FA Trophy action in the second round qualifying round. Unfortunately, all three teams suffered defeats.

Mossley was on the wrong side of a 5-0 defeat to Marine. Trafford lost 1-0 against Pickering Town and Ramsbottom United drew 4-4. Worksop Town went 3-0 up inside 22 minutes, only for Rammy to take the lead 4-3 with 20 minutes to go. An 87th-minute equaliser by Brown took the game to penalties with Worksop winning 5-4 from the spot-kicks.