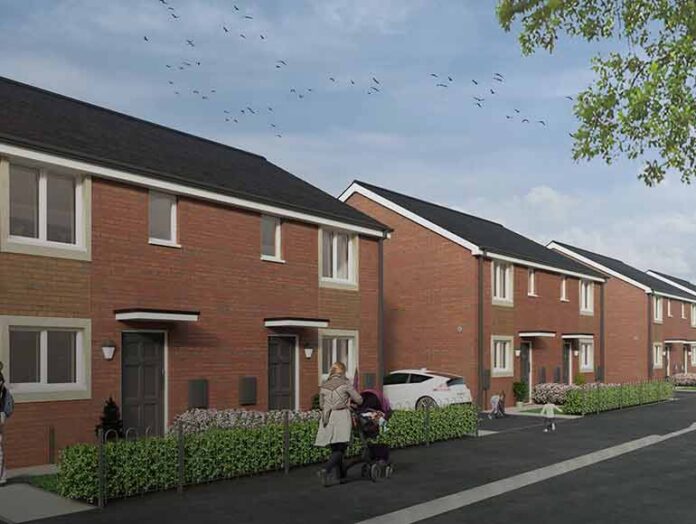 4.75 million families living in social housing in England are facing rent rises of up to 4.1 per cent next April – equivalent to an average £202 extra per year – the biggest nominal increase in a decade, according to Resolution Foundation research published today (Wednesday).

The latest Housing Outlook examines how the rise in the social housing cap in April 2022 – which coincides with the peak of the cost of living crunch, delivering significant tax rises and a huge increase in the energy bill cap – will affect renters.

Social rents are expected to rise by 4.1 per cent in April, calculated by CPI in September (of 3.1 per cent) plus 1 per cent. While this is a cap rather than a requirement, most housing providers are expected to raise rents by the full amount, increasing the average social renter family’s rent by £202 per year.

The latest increase comes on top of a decade in which housing costs have risen faster than incomes for those living in social housing. Social renters now spend 19 per cent of their income on housing costs, net of housing benefit, up from 15 per cent a decade ago. This rise is equivalent to an extra £786 per year for the average social renter family.

Housing benefit will take the strain for some social renters, but the share of social renters receiving state support with their housing costs has fallen in recent years, as more have moved into employment. Almost half of social renters (44 per cent, equivalent to over 2 million families) are not in receipt of housing benefit, and as a result will have to find the funds to cover their April rent rise entirely by themselves.

The report finds that families living in social housing in London, the South East and South West are the least likely to have part of their housing costs covered by housing benefit, and therefore they are the most exposed to the big rise in rents coming next April.

Despite the worsening financial situation of many low-income families during the pandemic, Government support – including the £20 per week uplift to Universal Credit and extra support provided via Discretionary Housing Payments – has prevented housing arrears in the social rented sector from growing significantly so far.

But with this support now largely withdrawn, and the cost of living crunch expected to peak in April 2022, the Foundation notes that social landlords can limit the financial pressures facing their tenants by avoiding rent rises of the full 4.1 per cent this year.

“Nearly five million families in social rented accommodation in England are facing the largest rise in rents for a decade next April. This big rent rise will coincide with tax rises and a major increase in the energy bill cap, putting real pressure on many low-income families.

“Social renters have already seen the largest rise in housing costs over the past decade, as rent rises have outstripped income growth since 2005. The latest increase will put particular pressure on the two million social renters who don’t receive housing benefit, but who are likely to face falling real wages, rising taxes and soaring energy bills.

“While Government support has helped to limit rent arrears from building up among social renters so far, raising rents to the maximum uprating would be unwise given the cost of living crunch hitting families hard this spring.”