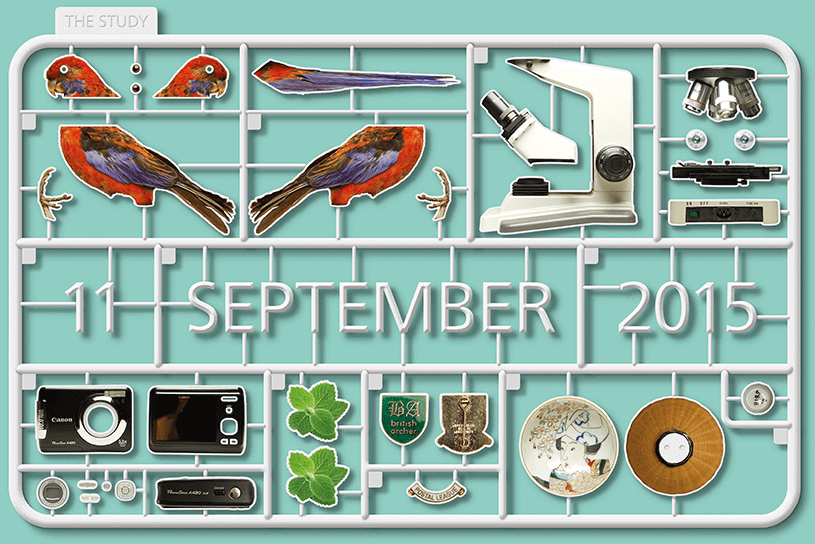 The Study, Manchester’s space for new thinking, opens 11 September 2015
Manchester Museum is reinventing itself from next month using part of its historic Alfred Waterhouse building to create an entirely new space for research, imagining, exploring – and thinking.

A reworking of the entire top floor of its historic Grade IIlisted building, it has been reimagined by BKD with architects Wilson Mason as a space designed to spark wonder, curiosity and a passion for research in all of its visitors
.The Study sits inside the 1885 building originally designed by celebrated Victorian architect, Alfred Waterhouse. What was formerly an uninviting space has been opened up, new roof lights and windows installed and original features, such as ebony-black display cases that cluster around a central atrium, painstakingly restored.
But The Study is not only about restoration. It features bespoke furniture designed by BKD and state of the art equipment, such as a video microscope capable of sharing still images direct to Twitter alongside digital access to the museum’s collection.

The Study itself is made up of three parts: a gallery, which opens with photography by West African artist, Nyaba Ouedraogo; a research space, filled with tools, resources and curious objects taken from the museum’s four million object-strong collection; and an expanded collections study centre, designed for in-depth research.

The Study is a unique space. It opens with, for example, an aquaponics installation created by the Biospheric Studio, a project typical of what will happen in the space.

Here, a fish tank filled with carp generates the nutrients needed to grow mint plants – a live research project that provides data, demonstrates alternative food production methods, and is supported by courses and information for those who want to find out more or perhaps develop their own projects.

The Study also opens with a new exhibition by Nyaba Ouedraogo, the self-taught photographer who lives and works in France and West Africa. The Phantoms of Congo River is both a ballad to and a deconstruction of Joseph Conrad’s famous 19th-century novel, Heart of Darkness, a book that explored colonialism and racism via the story of a voyage along the Congo River. Ouedraogo re-enacts scenes from the novel and follows the journey taken in it, while questioning notions of savagery and the residues of colonialism in present-day Africa. Ouedraogo’s striking images are accompanied by some of the museum’s own objects from the Congo.

Bringing The Study to life is a lively programme of events, talks and workshops aimed at adults. It begins in September with events from Manchester Science Festival, the European Researchers’ Night and a “bio-historic banquet” with chef Robert Owen Brown. Manchester Craft Mafia has also been commissioned to create original work that will go on display at The Study, alongside running a series bespoke “making” guides and craft courses.

Taken as a whole, the different elements of The Study are designed with one thing in mind: to enable all visitors to the museum to think about the world in new ways.

Dr Nick Merriman, Director of Manchester Museum said, “The Study is an extremely important project for Manchester Museum. It will be a wonderful and inspiring new space, which combines cutting edge research into contemporary science and human and natural history, with the widest possible access and opportunities for new thinking. We are delighted to be working with BKD, Wilson Mason architects, the Biospheric Studio, Nyaba Ouedraogo and Manchester Craft Mafia on the opening, and are very grateful to all the funders of this exciting new project.”