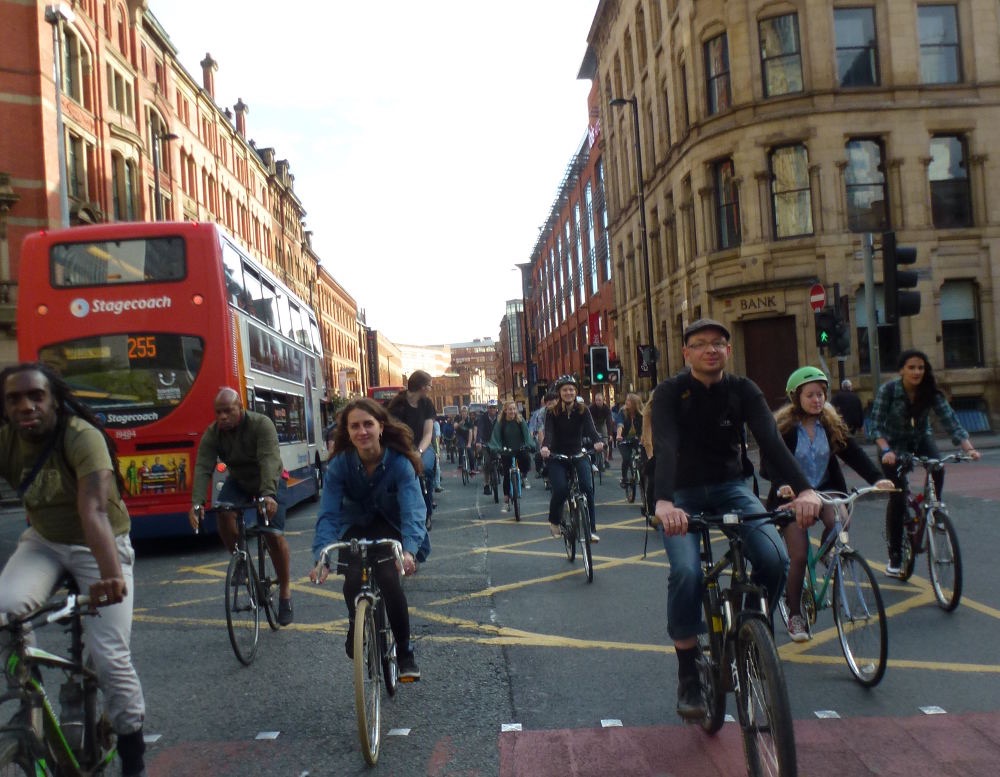 Cyclists are set to benefit from a further £22 million of funding that will see the development of key routes and cycle friendly district centres as part of Greater Manchester’s Cycle City programme, it was announced today.

Transport for Greater Manchester (TfGM) successfully secured one of the largest portions of the £114 million fund from the second round of the Department for Transport’s (DfT) Cycle City Ambition Grants, which is in addition to the £20 million received during the first round of Cycle City funding in 2013. The latest amount of funding will go towards developing the programme of improvements for cyclists in Greater Manchester over the next three years.

The successful bid will be used to expand on the work already undertaken during the first phase of the Cycle City programme, and will see over 45km of new or improved cycle routes being developed. This will be in addition to around 60km of largely segregated cycle routes currently being delivered as part of the first phase of Cycle City work, creating a substantial cycle route network linking local communities by 2018.

The £22 million will also be used to introduce four new Cycle Friendly District Centres across Greater Manchester, which will include improvements to cycle parking and local routes. The proposed centres are Cheadle Hulme, Radcliffe, Oldham and Wigan. There are also plans to increase the number of cycle and ride stations at key transport interchanges to encourage cycling as part of longer journeys.

Schools and colleges across Greater Manchester will also benefit as the money will go towards developing TfGM’s Better By Cycle Schools programme, which sees cycling improvements made in and around a number of educational establishments.

Councillor Andrew Fender, Chair of the TfGM Committee, said: “This is great news that will allow us to build upon the fantastic work already under way to make cycling a mainstream option for everyone, regardless of age or ability.

“We have set ourselves an ambitious target – 10% of all journeys to be made by bicycle by 2025 – and the next phase of our Cycle City programme will play a crucial part in achieving it.

“The funding announced today will allow us to build on our established ‘Better By Cycle’ programme of training, information and improvements to cycle facilities.

“It will deliver even more safe routes providing seamless connections between home and work or study – achieving a total of more than 45km of new or improved dedicated cycle routes overall.

“The revolution has begun, and we’re building fantastic momentum towards our goal.”