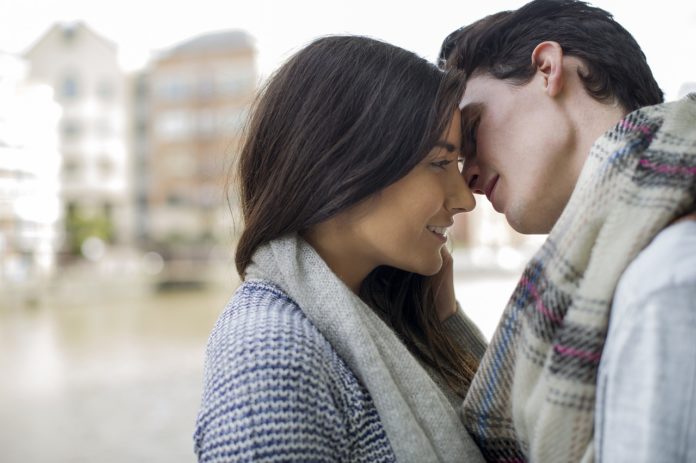 Is your love named David, Andrew or Robert? If yes, you may well have landed on your feet because according to a new study by one of the UK’s leading online florists Serenata Flowers, men with these names sent the most flowers in Manchester. A staggering 96% of Mancunian men sent flowers to their loved ones, but those named Vikram, Douglas and Peter may have missed the memo as they ranked the least generous.

For the most part it seems chivalry is most certainly not dead, with 94% of men in England choosing flower giving as a token of appreciation. In Stockport, men named David were the leading Romeo’s, with Gavin in second and Robert, Anthony and Kevin following, whilst men named Paul fell short finishing last on the list.

Flowers are the first choice by men in England over any other gift type, closely followed by gift sets, gift message cards, balloons and vases. Could traditional gift giving lead to a strong and stable partnership? According to ONS marriage rate statistics UK towns with the highest flower senders also have the highest flower purchases; In Surrey, England there were 5206 marriages and a whopping 809 flower senders, whilst in Herefordshire there were 1036 marriages with  just 58 flowers sent.

Ever since the first blossom of the aquatic plant Montsechia Vidalii flower 130 million years ago, red roses have continued to pull at the heart strings of many, so it comes with little surprise that nothing says “you’re the one” more than a fresh bouquet of flowers. Blossoms not only boost emotional health and mood aiding relaxation and concentration, but also add colourful charm and sweet scents into our everyday lives.

The Iris represents hope and wisdom and is used for many different occasions, whilst roses are the definitive symbol for passion and love. Tulips embody grace and elegance and the Sunflower is thought to be a sign of longevity, emitting warmth and adoration wherever they are placed. Far more than just a pretty face, these delicate darlings also emit powerful communication skills through the language of flowers known as floriography, a means of cryptological communication through the use or arrangement of flowers.

Does cupid’s arrow continue to miss you on the most loving day of the year? Perhaps it’s time to take matters into your own hands as your local Romeo may be closer than you think. The new name generator tool created by Serenata Flowers reveals the names of the top lothario’s per city and region in just seconds, you may just be surprised at the outcome and if you’re already blissfully loved up why not try it out for a relative or friend.

This study shows that traditional gift giving is still very much a viable option for many with buying and sending flowers now easier than ever and with an increase in digital gift giving, the UK floristry industry has taken note continuing to adapt to the ever-changing digital demand with services including next day delivery and special personalisation.

One of the world’s oldest cotton textiles discovered

What types of courses do driving schools provide?