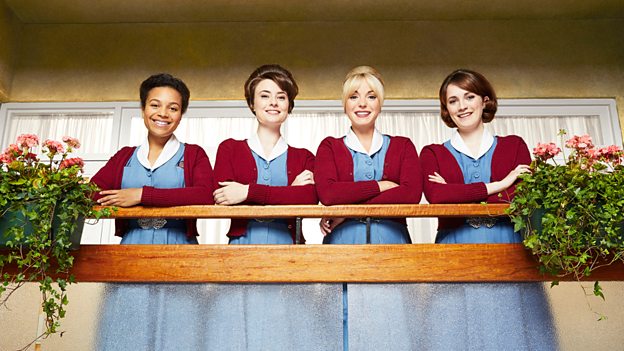 It’s back for a seventh series

Call the Midwife has been one of Britain’s most popular drama series since it launched in 2012 and it continues to be one of the most watched dramas in the UK, with all six series to date gaining over 10m viewers. The latest Christmas Special went out on Christmas Day and was the most watched show on the day for a second year running.

In series seven, the nuns and nurses find themselves tested, both personally and professionally, as never before. It’s 1963 and all around them they see the old East End vanishing, as slum clearances make way for bold new tower blocks to accommodate expanding communities. Their work brings them into contact with a wide range of challenging issues, from Leprosy to Stroke, Cataracts, and unmarried mothers.

Trixie’s romance with Christopher continues to develop, whilst Tom and Barbara enjoy life as a married couple. Nurse Crane finds her authority questioned from an unexpected quarter, and Sister Monica Joan is forced to accept her failing faculties. And life for the Turners is turned upside down when Shelagh decides to employ a Hungarian au pair!

Joining as a new cast member is Leonie Elliott, who plays Nurse Lucille Anderson, the first West Indian midwife to feature as a regular character in the series. Elegant, funny and clever, Lucille is swift to settle in, and brings a fresh new energy to life at Nonnatus House. Through her eyes we explore the experiences of Caribbean nurses who came over in the 1960s to support the growing NHS.

With series eight and nine also confirmed, the show will continue to follow the lives of the Nonnatus House community well into the mid 1960s.