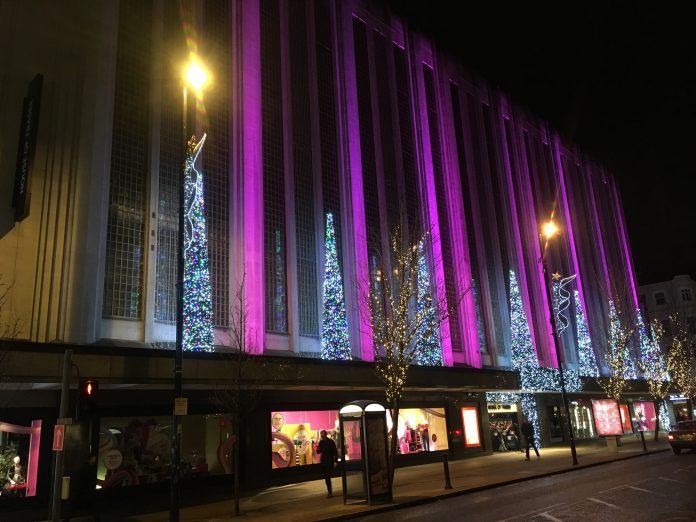 About Manchester takes a look at its history.

It stands ground and still dominates Deansgate, but its future was cast into doubt last week when House of Fraser was put into administration,before the group was dramatically brought by Mike Ashley, the owner of Sports Direct.Still known by many as Kendals, the history of this fascinating store goes back before the reign of Queen Victoria.

It is the story of three people,Thomas Kendall,James Milne and Adam Faulkner, three young employees of John Watts, the original retail entrepreneur who hailed from Burnage and would open a draper store on the corner of Parsonage, eager to sell the surplus of his warehouse empire to a public who were setting out on the vision of shopping.

The Bazaar, as it became, would cater for the elegantly dressed women of the era and became so successful that it would take the premises opposite , the current site of Waterstones.

Kendall,Milne and Faulkner would found the emporium that would become Kendalls in 1836 after Watts decided to leave the retail trade and re-concentrate on the wholesale market.

It expanded rapidly through the last decades of the 19th century and was the place to be seen whilst shopping in Manchester, the Ladies Home Journal writing that “Manchester has no more perfect example of a modern furnishings and textile emporium than that afforded by the great establishment of Messrs Kendal, Milne & Co,” although it was horrified to find itself on the front cover of the Illustrated Police news in 1872 which gave a colourful account of the horse whipping of a male assistant by a young lady who was said to have been insulted by him.

Appointed to the ultimate accolade of ‘Upholsterers to the Royal Household’ in 1901, it employed more than 900 staff across sites on both sides of Deansgate and extravagant tea rooms, featuring oriental rugs, palms and velvet-covered seats.

The Harrods of the North became truly that in 1919 when it was purchased by its Kensington namesake, but Manchester would rebel against the Harrods name and it would soon revert to its original title.

Fire would sweep through the store on the night of the 11th February 1939, crowds gathered to see flames leaping into the sky, fuelled by the tinder box capabilities of the fabrics and furniture contained within it leaving men’s ware, furniture and fabrics and hairdressing devastated.

The fire brigade would flood the tunnel under Deansgate to prevent the flames crossing to the St Ann’s square side. Weeks later, crowds would turn up as the store held a fire sale making a beeline for white wood furniture and wireless equipment.

Post war, its success continued and only the economic downturn of the 1970’s saw it begin to contract, the St Ann’s Square site and the tunnel would close and its merchandise became for some less luxurious.  As Manchester rebuilt after 1996, the arrival of Selfridges and Harvey Nicholls would, for the first time, provide rivals.

In 2005, the store was bought out by House of Fraser and the name would once again disappear, though Mancs refuse to call it by its new name and take heart from the store’s name being clearly visible on marble fascias above the store’s entrances but along with the end of the Lewis’ store at the top of Market Street, an era of shopping had ended in Manchester.