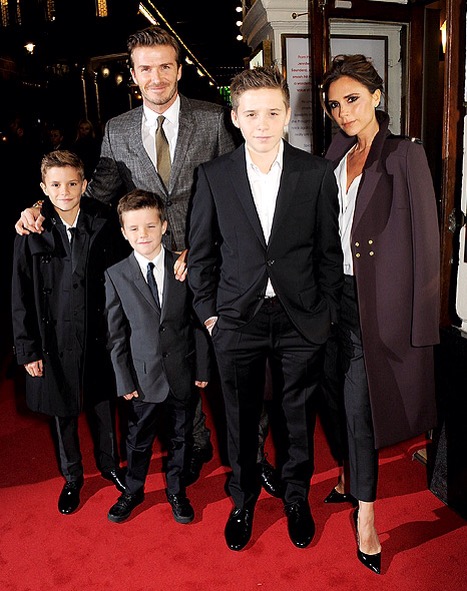 The 21st Century dad, as defined by celebrity fathers such as David Beckham, Brad Pitt and Jamie Oliver, isn’t a new phenomenon according to research from the universities of Manchester and Leeds.

Historians examined fatherhood in Britain during the 19th and 20th centuries and found strong evidence that dads were much more involved in their children’s lives than previously recognised.

The research quashes the widely-held belief that there has been a generational shift in attitudes to fatherhood and that the ‘New Man’ is more at ease with his parenting role and more engaged with his children – a departure from previous generations.

Previously some historians have considered men’s roles in their studies of gender, home and family life more generally; very few have examined fathers as crucial family members and as emotional individuals.

Dr Julie-Marie Strange from The University of Manchester examined Victorian working-class fathers. She said: “the notion that fathers are redefined by the modern new man just isn’t true. Since the Victorian era men seem to have been just as hands-on as they are today and equally as open and affectionate with their off-spring.”

Dr Laura King from The University of Leeds studied fatherhood across the last century. She said: “The history of fatherhood is extremely significant to contemporary debate: assumptions about fatherhood in the past are constantly used to support arguments about the state of fatherhood today and the need for change in the future.

“And yet fathers are often neglected in histories of family life in Britain. Fathers were more involved with their children in the past than we recognised.”

Both academics have books out this month on fatherhood:

United Goalie Bailey would have spearheaded fight against Football Hooligans