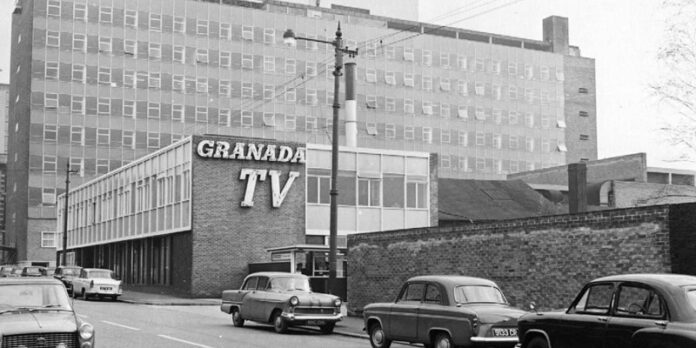 The Granada TV Archive is set to return to Manchester as part of the British Pop Archive at the John Rylands Research Institute and Library, just over 65 years since the famous broadcaster’s first transmission.

To mark the occasion, Creative Manchester, a University of Manchester research platform, is to host a roundtable event which will explore the legacy of Granada TV ahead of the Archive’s launch this month.

Taking place on Wednesday 18th May, ‘Devolved Vision: Granada TV and the Future of British TV’, will seek to reflect on the current landscape of television and ask what the future of British TV might look like, ahead of the unveiling of the British Pop Archive’s first exhibition at John Rylands Research Institute and Library.

The discussion will highlight the pivotal role played by Granada in the evolution of TV in the North, with historian David Olusoga OBE, BAFTA award-winning film-maker Liza Williams and Dorothy Byrne, former Editor-at-Large at Channel 4 and fellow of The Royal Television Society, all confirmed to speak at the event.

Launching on Thursday 19th May, the British Pop Archive will celebrate and preserve British popular music and other aspects of popular culture, recognising its pivotal influence on the world stage. It is the first specifically designated, large-scale popular archive in the UK, and includes contributions from musicians, bands, clubs, managers, agents, journalists, photographers and designers.

Jon Savage, curator of the British Pop Archive, said: “With the changing landscape of television – the rise of the ‘Big Five’ TV channels, streaming services, and social media platforms – Granada TV’s identity has drastically altered over time. Despite this, it has continued to act as a benchmark for quality television production not just across the North of England, but worldwide too.

“For this reason, we’ve long endeavoured to bring the Archive back to its spiritual home of Manchester and we’re thrilled to be in a position to display to the general public what it has to offer.”

Hannah Barker, Professor of British History at The University of Manchester and Director of the John Rylands Research Institute and Library, added: “Once described as the ‘greatest television company in the world’, it’s hard to understate the impact that Granada TV has had on independent television and broadcasting since its launch in 1956.

“Having the archive in Manchester provides us with an excellent resource for both research and teaching, and further cements Manchester’s status as a creative and cultural capital.”

More information on the event on the 18th of May can be found here. Those interested in attending are encouraged to register here.