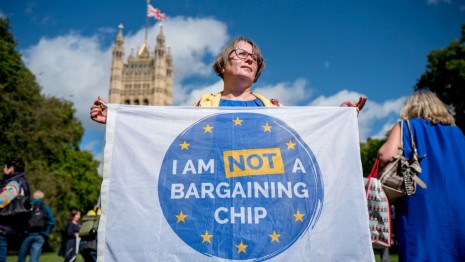 The Home Office has drawn up plans to end the free movement of EU citizens on day one of a no-deal Brexit.

The Home Secretary Priti Patel says that she wants border restrictions imposed immediately after 31 October, despite warnings of a possible Windrush-style scandal as a result.

The Three Million, an organisation dedicated to supporting EU citizens’ rights in the UK, has voiced concerns that an overnight end to freedom of movement would create a ‘hostile environment’.

They day that both the EU and the previous Government under Theresa May were aware of the consequences ending freedom of movement would have on EU citizens already living in the UK.

They understood that it was vital to give EU citizens the time to successfully apply for Settled Status before exposing them to an environment in which proving the right to live, rent, work in the UK is the most basic requirement.

In the last 142 days, since March 29th, the Government has managed to process just over 1m EU Settlement Scheme applications leaving over 2 million EU citizens without a status they  add.

“Businesses and workers know the immigration system is changing. Yet announcing that the existing arrangements may end before a replacement has been designed, delivered or tested will only cause confusion.

“Now is the time for Government to reduce uncertainty, not add to it unnecessarily and hinder no deal preparations.

“Taking time to prepare a new system will help protect the UK’s attractiveness. Firms will need at least two years to adapt to any new immigration system. Most importantly, getting it right matters to millions of people.”

Food surplus & waste even before it reaches the shops costs UK more than...

Arrest made in investigation into killing of Michael Samwell