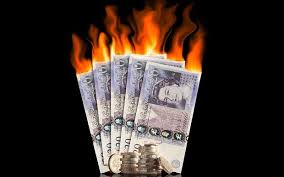 Cash looks set to remain an important part of everyday life for much of the UK,both now and in the future, according to new research from Post Office

The study revealed that people of all ages continue to rely upon cash to make essential purchases and fund everyday spending, with nine in 10  wanting to retain the choice offered by different payments rather than moving to a cashless society in the immediate future.

The research suggests that more than half of the country rely upon cash as regularly as they do card.

Convenience is key, with a quarter preferring to have a choice in how they make different payments.

However, behaviour and approach to money management also plays a part, with nearly one in four saying they feel more in control of their outgoings by making physical payments rather than using card or online methods.

Nearly a quarter say they simply feel more comfortable using cash – with this true of both younger age groups (16-24 years old, and those who are older those aged 55 and over

Cash also provides much needed peace of mind for those with concerns about security of other forms of payment,with people agreeing they feel more protected from the risks surrounding fraud.

Commenting on the research, Martin Kearsley, Director of Banking Services at Post Office said: “Despite the increased use and popularity of digital payments, our research highlights that the debate on the future of cash should not be about one form of payment replacing the other, but instead looking at how consumers balance their use of different methods alongside one another.

“People of all ages, and in communities across the UK, continue to rely upon the flexibility cash offers alongside other form of payments. With 95% using cash at various times to fund their spending on everyday essentials, it is vital that people have continued access to cash and choice in how and when they use it.”

Despite emergence of new digital methods of payment and the rise of card usage, the UK still carries an average of £26 in their wallet each day.

A third  use this form of payment to cover essentials such as food shopping, while for others this supports their discretionary spending on nights out and clothes.

While the study highlights the frequency with which many people are still using cash personally, it also highlights their recognition of the role it plays supporting local economies, communities and different groups within society.

Just under a third  say that small businesses remain dependent upon access to cash, and a quarter do not think their community has the infrastructure in place to go completely cashless, with those in suburban and rural areas equally concerned.

A quarter worry about the impact of a cashless society upon more vulnerable groups and small business, and one in five would like to see more done to raise awareness of the availability of cash services for those who need them.

This sentiment is echoed by many small businesses themselves, with the study exploring the experiences of more than 1,000 micro traders from across a range of sectors and regions.

The findings revealed these smallest businesses handle an average of £731 a week in cash, with this remaining one of their most commonly accepted methods of payment.

One of the main reasons for micro business’ continued acceptance of cash is in response to customer demand. A third do not ever expect to disregard cash payments completely, and nearly two thirds do not expect to make this change in the near future.

This reluctance to move to a cashless business model is largely driven by customers’ behaviour; more than half of those who do not expect to go cashless within the next 18 months say this is because their customers want to pay in cash.

Martin Kearsley concluded: “Many do not realise how much we still use cash until we find ourselves without access to it. This may often be for more discretionary items or services, such as paying for a round at the pub or for parking, but for others this is about supporting them in their preferred payment for everyday essentials.

“Consumers and businesses we’ve spoken to have told us that they want choice and flexibility in how they manage their money and make payments – whether cash, card, mobile or online. In light of continued bank branch closures and reductions in the ATM network, a lot of people are concerned about where to access cash conveniently and safely. Their local Post Office is the answer – providing access to their existing bank account for everyday services such as cash withdrawals and deposits, supporting communities all around the country with these essential cash services.”