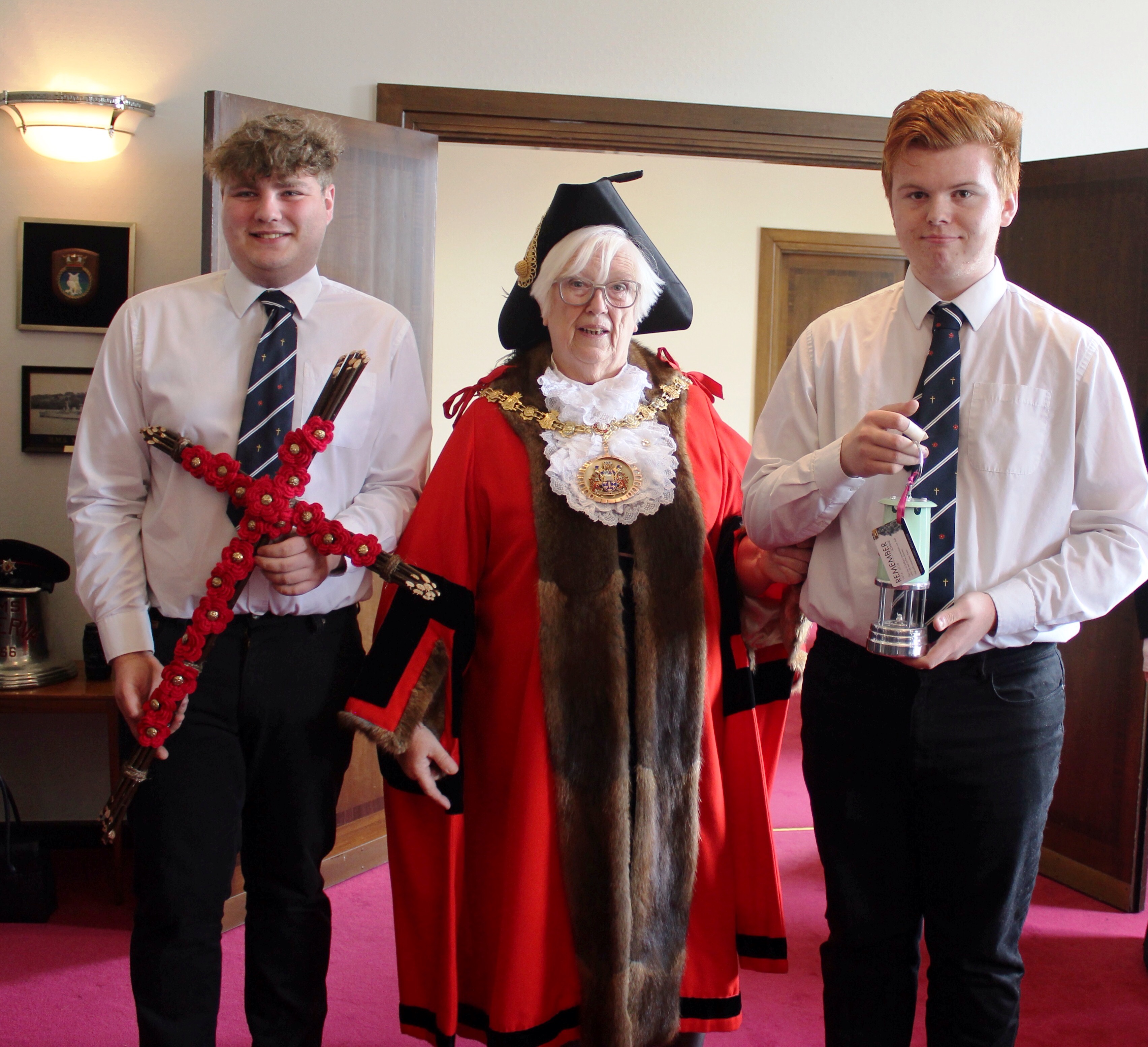 Sixteen Salford teenagers are to follow in the footsteps of their great great grandparents by tracing their route all the way to the Somme battlefield.

The youngsters from Eccles Rugby Union Football Club are planning a four day, three night expedition as part of the Duke of Edinburgh Gold awards, supported by the club and Salford City Council.

If possible they will walk the same route as the soldiers, camping along the way if necessary and eating similar rations.

They will visit the World War One battlefields and the memorial and cemetery at Thiepval, near Arras, where they will leave behind a miners lamp in tribute to all the Salford fallen.

Almost an entire battalion – 650 men – from the 1st Salford Pals/15th battalion, died fighting near Thiepval on the first day of the battle of the Somme. July 1 was commemorated as Thiepval Day in Salford for many years after.

Ceremonial Mayor Councillor Karen Garrido, who presented the group with the miner’s lamp, said: “It’s a very moving idea and a lovely way to pay tribute to our Pals some of whom would be the same age as these young people.
“The Duke of Edinburgh award scheme is all about recognising a young person’s personal development as they plan and execute an expedition and I’m delighted they have chosen this theme for their trip. We’re backing them all the way.”

“Achieving the Gold Award shows that you have the skills, determination and mentality to succeed and we have every confidence in our team’s ability to research, plan and complete the trip of a lifetime.”

The group has already begun to research the history of the Salford Pals, the neighbours, workmates and relatives who signed up to fight alongside each other and formed the 15th, 16th, 19th and 20th ‘Pals’ Battalions of The Lancashire Fusiliers Regiment.

Over the next year they will also research the history of Eccles rugby club to see if players were involved in the war, raise funds for the trip and plan tributes to the Salford men. They are also exploring the possibility of a friendly rugby match against a French team to establish a bond between the two clubs.

The group will also work with professionals to research, write and create a documentary film telling their story and those of the local heroes of the Salford Pals which will be presented for their award as well as being a lasting tribute.

Anyone who has family connections with Salford Pals and/or Eccles Rugby Union Football club is invited to get in touch with the club to help with the research. Please contact: www.ecclesrfc.org.uk/the-club/contacts