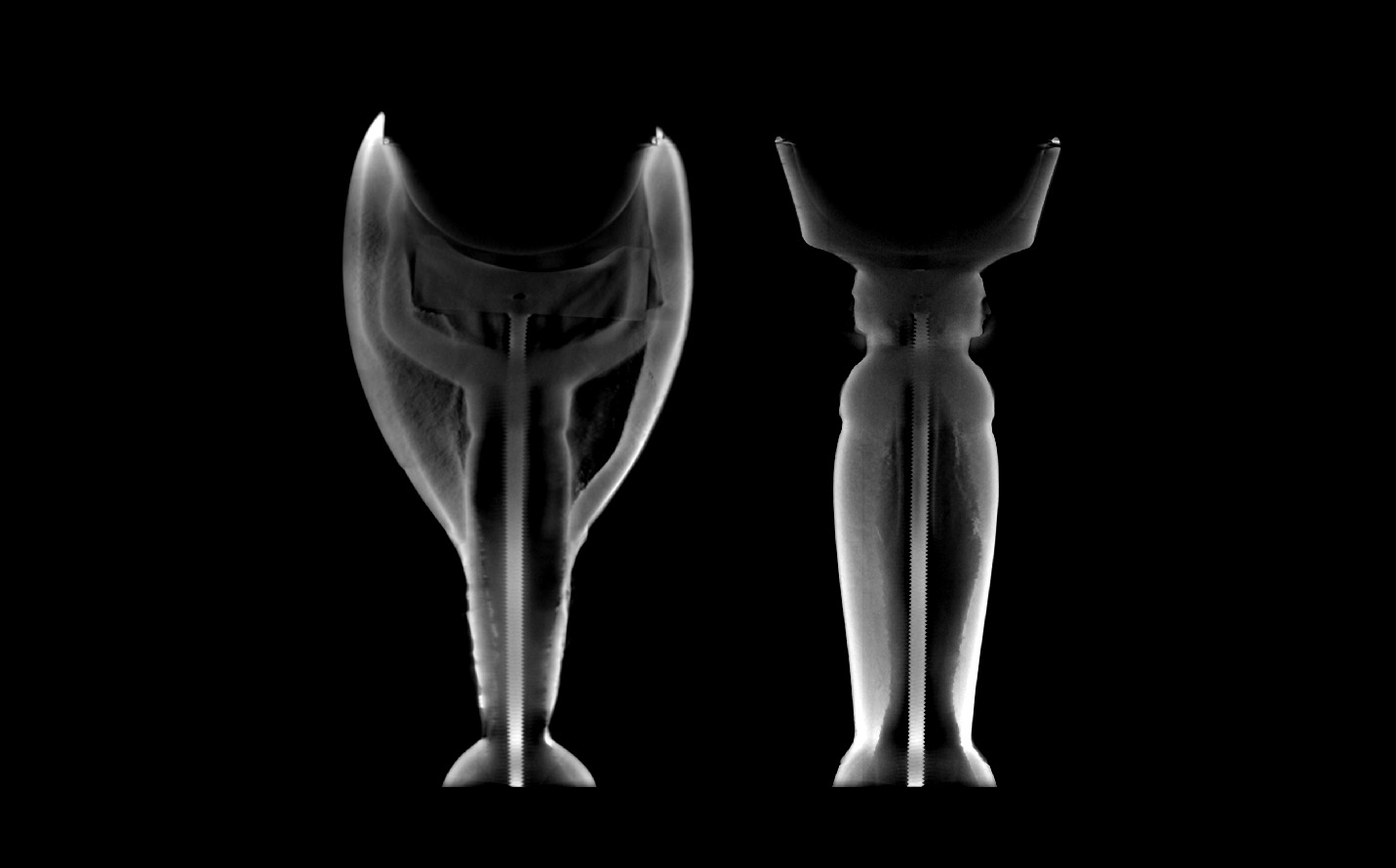 Scientists from The University of Manchester have used state-of-the-art science to solve a mystery surrounding the Jules Rimet trophy, the football World Cup won by England in 1966.
When the trophy was stolen before the 1966 competition – before being found by Pickles the dog – the FA made a perfect replica in secret, and both versions of the trophy were at Wembley when England won in the final. The replica was used until 1970, when Brazil were awarded the original trophy permanently for winning the World Cup three times, and a new cup was created for subsequent competitions.

The trophy Brazil were given was stolen and melted down in 1983, and Manchester’s National Football Museum has the other version – but nobody has ever been sure which version was which. Therefore, the museum decided to solve the mystery once and for all by taking it to be scanned at The University of Manchester’s Henry Moseley X-ray Imaging Facility, which received a Queen’s Anniversary award in 2014 and is one of the world’s most comprehensive facilities of its kind.

Scientists used a newly-developed X-ray computer tomography (CT) scanner, which was able to view the trophy in three dimensions and reveal its elemental composition using X-ray fluorescence. This enabled its 3D shape to be recorded as a virtual model, and provided information on its chemical composition.

The original trophy was silver and gold plated, while the replica was bronze and gold plated. The chemical analysis did not find any evidence of silver present, but there were strong signals for tin and lead. This suggests that the National Football Museum has the replica trophy.
Henry Moseley X-ray Imaging Facility deputy director Dr Timothy Burnett: “With our analysis, we could measure the elemental composition of the trophy beneath the gold plating. The original trophy was reportedly made of cast silver, however our analysis failed to detect any signal of this – therefore, we do think this trophy is a replica of the original Jules Rimet World Cup. We think it is possible that it is made from either cast pewter or bronze.”

Dr Kevin Moore, Director of the National Football Museum, said: “While we’ve always been fairly certain that we have the only surviving version of the Jules Rimet trophy, there has always been a slight question mark over which one it was. We’ve been delighted to work with The University of Manchester on solving this mystery once and for all.”