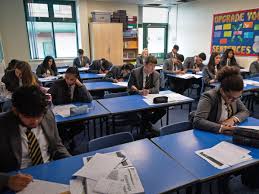 As of the 16th of October, the infection rate in secondary schools is now 17 times higher than it was on the 1st of September.

Considering this alarming data, Dr Mary Bousted and Kevin Courtney, joint general secretaries’ of the National Education Union, have written to Gavin Williamson asking him to take decisive action to curb this trend, including the possibility of a rota system for secondary schools and colleges in Teir 2 and Teir 3.

The NEU has produced a document looking at the pros and cons of a rota system.

“We now have a situation where the infection rate in secondary schools is 17 times higher than on the 1st of September. This is alarming and it is crucial that Government looks at all potential measures to stabilise the situation including the possibility of a rota-based system for secondary schools and colleges as outlined in the Government’s August guidelines (2).

‘A rota system will ensure smaller class sizes making social distancing achievable. The strain on public transport in the mornings and afternoons will be less and the social mixing after school will also be reduced.

‘Schools and colleges are already struggling to cope with current infection rates resulting in many students or whole year bubbles being sent home to self-isolate. If this trend continues and nothing is put in place to try and reduce infection levels, our education system will be plunged into disarray.

‘Our schools need a clear way forward that ensures education can continue in a planned and coherent way. No decisions will be easy, but to just keep ignoring the data and drifting into higher infection rates with the increased erratic closure of schools and colleges is not an option.

‘We look forward to hearing from Gavin Williamson to discuss our proposals further”.

Government does U- turn on A level grades