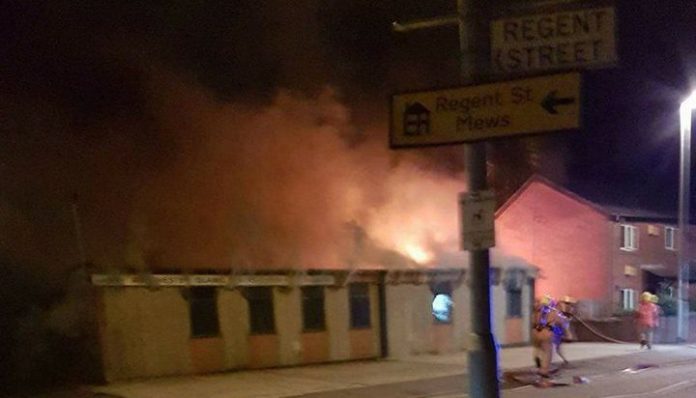 Police have launched an investigation after a suspected arson attcak fire at a mosque in Newton Heath.

Investigations so far have established that the offender approached the premises and forced open a window before placing an unknown accelerant inside.

Police are treating the fire as suspicious and have launched a full investigation with Greater Manchester Fire and Rescue Service.

Monsurat Adebanjo-Aremu, branch secretary of the centre, told the Manchester Evening News that men have urinated outside the building and two pigs’ heads were once thrown into the mosque during worship.

Detective Chief Inspector Paul Walker of GMP’s City of Manchester Borough, said: “People are understandably shocked that someone has attacked a place of worship.We are investigating this as a hate crime which has damaged a place of worship used by members of the Nigerian community.

“Hate crime is often under reported for a number of reasons, but people should have the confidence in coming forward, as no one should be the subject of hate and intolerance.

“We are grateful to have very strong relationships and cooperation with different groups in Greater Manchester, and are working with partner agencies to support the community which has been affected.

“I am urging anyone who may have been in the area at the time, or saw anything suspicious, to please get in touch with police, as you could hold vital information.”