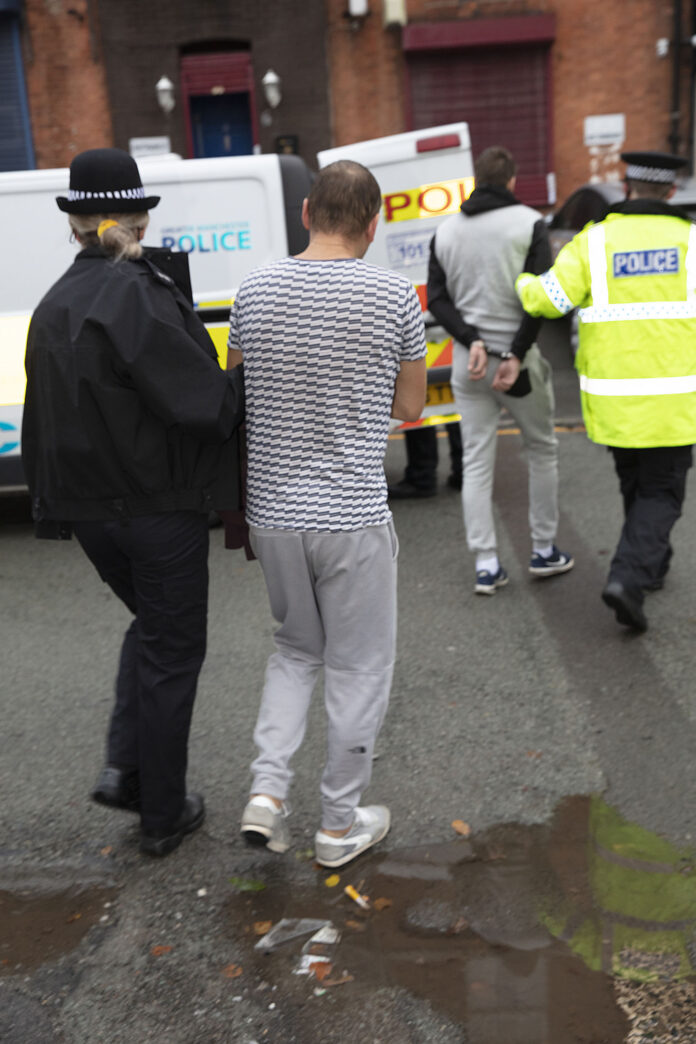 Four men – aged between 29 and 47 – were arrested on suspicion of cultivating cannabis and being concerned in the supply of controlled substances after seized a significant amount of suspected cannabis at an address on Park Place, Strangeways.

The operation was part of Operation Compartment, set up by GMP officers to tackle the supply of cannabis in the Strangeways area of Manchester.

Inspector Wignall of GMP’s City of Manchester District said: “Firstly I’d like to thank all the officers – and the partners who have worked alongside us for successfully bringing this criminal, and brazen, activity to an end.

“We currently have four people in custody and I hope that this serves as a stark reminder that GMP will absolutely not tolerate activity that encourages the purchase and consumption of drugs, particularly during a global pandemic.

“Drugs can blight communities and destroy lives, and the activity we suspect we have uncovered today only serves to fuel that destruction.”