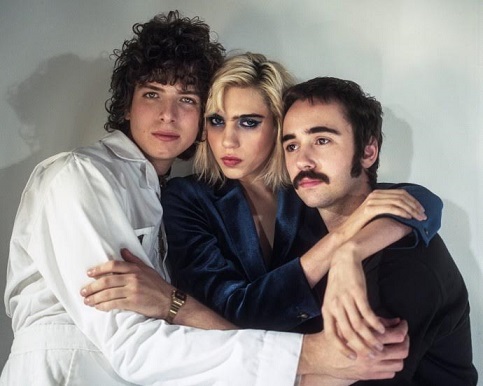 It will be the first chance for Mancunian fans of the band to hear tracks from their upcoming album ‘Twentytwo in Blue’ live. The album is released a week before the concert on 23/03/2018.

The New York trio are all 22 years of age and this, their second album, is the follow up to their head-turning debut – ‘Human Ceremony’.

The announcement of the new album came with the release of the band’s follow up to the albums first single ‘I Was a Fool’. The second release from the album is called ‘Crisis Fest’ and you can give it a listen here.

Unlike their debut, which was essentially a compilation of songs Sunflower Bean wrote while still in their teens, ‘Twentytwo in Blue’ was made in the year between December 2016 and December 2017 and showcases how far the band has come since playing together in their high school days.

If you would like to pre-order the upcoming album ‘Twentytwo in Blue’ you can do so here. Tickets for the bands Manchester date are available here.