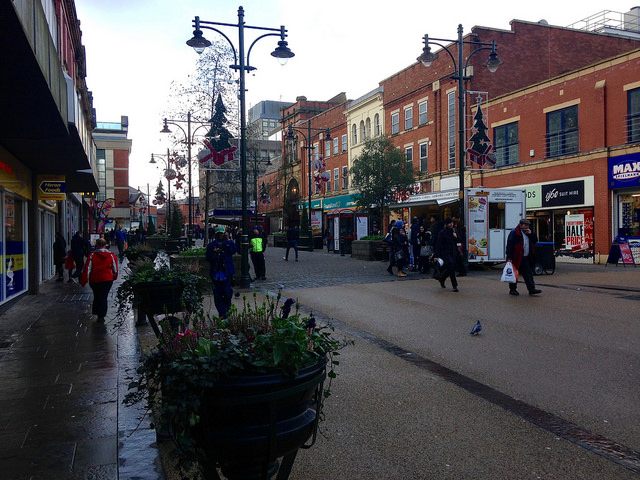 Research by the Local Data Company for Price Waterhouse Coopers, showed that the number of new high street stores opening in 2017 fell to 4,083, from 4,534 in 2016.

The data shows that the second half of 2017 saw substantially more closures and less openings than the first six months of the year, reflecting a tough trading environment including a slowdown in consumer spending, rising staff and business rates costs, as well as a slowdown in food and beverage growth as consumer confidence reached a four year low in December 2017 (Source: GfK).

“2017 was tough for the British retail industry, particularly the second half of the year. We saw volatility from month to month and across different sectors as wage growth failed to keep up with inflation, forcing many shoppers to think more carefully about their spending habits.

“On top of this, many retailers are increasingly feeling the impact of the acceleration of online shopping as consumers begin to feel more comfortable with the price transparency and reliability of delivery options offered by online players. Digital offerings are increasingly becoming make or break in areas like fashion, but also for banks, travel agents and estate agents – all of which closed a significant number of high street outlets last year. For these sectors, store closures are less driven by the market environment and more by bigger structural changes, as customers increasingly expect to interact with their service providers online or via apps.

“We’ve seen a tough start to 2018, but it’s important to remember the British high street still plays a vital role in society and there are elements of growth amongst the headline numbers of decline. For example, almost 400 new clothes shops opened last year, even though over 700 closed. And, while four pubs a week closed, at the same time three a week opened.

“Retailers and leisure operators need to continue looking at their businesses – including their store portfolios – to make sure they have a clear brand and product offering. The winners at the moment, such as nail bars, coffee shops, bookstores and craft beer pubs, are all flourishing because they serve the needs of emerging consumer segments, such as experience-seeking millennials and offer a differentiated physical proposition that online offerings can’t compete with.

“The British high street is undoubtedly facing headwinds but retailers are waking up to the challenge and re imagining the future. The winners will be those who are agile and open minded in working out the best way to ensure their stores differentiate themselves and earn their place on the high street.”

NHS Test and Trace still has a huge amount to do to meet its...

133 years for drug dealing crime group who planned to torture an 82-year-old Manchester...